Basketmouth opens up on longtime ‘rift’ with AY comedian 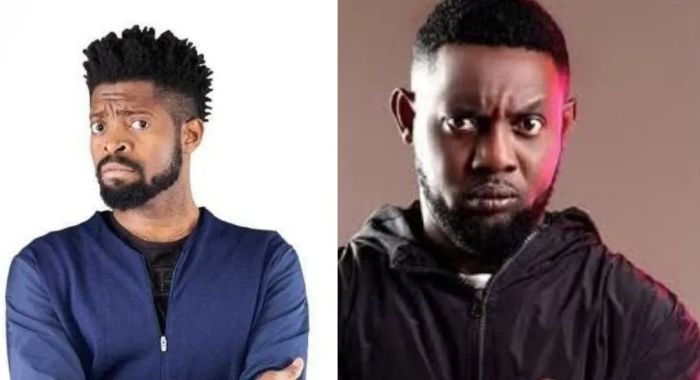 Popular Nigerian Comedian and filmmaker, Basketmouth has opened up on feud with Ayo Makun, AKA AY.

Basketmouth in a Black Box interview with media personality, Ebuka Obi-Uchendu, noted that he fell out with AY because the comedian messed with loyalty.

He further explained that AY has apologized and they have made peace.

Nollywood actress, Chigul reveals how she married as a virgin at age 33

“I’d have stayed where the competition is. I still do standup comedy but not with great energy because I’m targeting all-around entertainment now. My competition is me. There’s nothing [like a feud] between AY and I.

“He came in my space; messed with loyalty by saying something to my lawyer Magnus that I told him in private. It was nothing but it was enough to cause a rift and have me put up the walls. We made peace and he apologised. I have no single problem with AY as claimed. We don’t talk.

“We made peace and he apologised,” he said. Also, in the interview, Basketmouth played down the speculation that he fell out with AY because he took his former protégé, Bovi from him.

“I did not snatch Bovi. Bovi is not a girl,” the comedian said before recounting that he met Bovi for the first time at a comedy event in Abuja, and from there, they became friends.

Asked why he is no longer close to Bovi, he said :“Hustle, everybody is hustling; Bovi stepped into a new world. He is busy, and he does not have my time. Me, I’m hustling,” Basketmouth said.