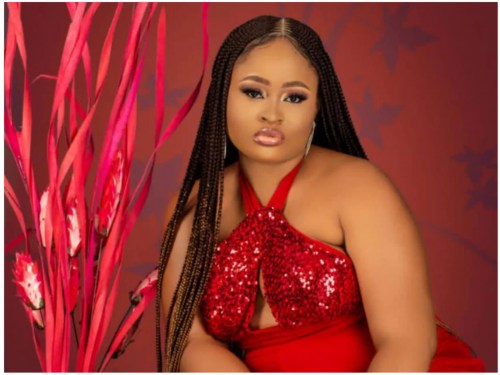 According to her, while narrating her experience to Phyna, she felt h0rny while watching them and has never felt that h0rny before.

TheNewsGuru.com earlier reported that Daniella was remorseful and said she knew she has disappointed a lot of her fans as she could not hold herself in the house.

The Remorse from Daniella was short-lived as the following night she ended up in another freaky moment under the sheets with Khalid.

Big Brother Naija housemates turned lovers, Daniella and Khalid were caught on camera (Sunday night) in a steamy session, wrapped under the sheets while other housemates, aside Amaka were fast asleep.

Amaka was also caught on camera watching the couple as they exchanged affections.

Most viewers expressed shock over the fact that they have only spent two weeks in the house, saying they should have waited a bit longer before they got to that point.

They spent a lot of couple-time together after the party on Saturday, were engrossed with themselves, and did not show much interest in Groovy and Beauty’s bust-up when the latter pair wanted to fill them in on the reason for their quarrel.

Meanwhile, it would be recalled that Amaka had admitted that she loves Pharmsavi but still trying to process what exactly she wants and is not interested in a romantic relationship.

She revealed her last relationship hit the rocks three months ago and does not want to make a hasty decision at the moment.

The 23-year-old tells Pharmsavi that she sees him as a good friend, and he replied by saying they can keep that vibe.

“If it’s the way we play that is arising the feelings.. I can limit the way I play with you,” she said.