by Kehinde Ajose
in Entertainment
53 2
0 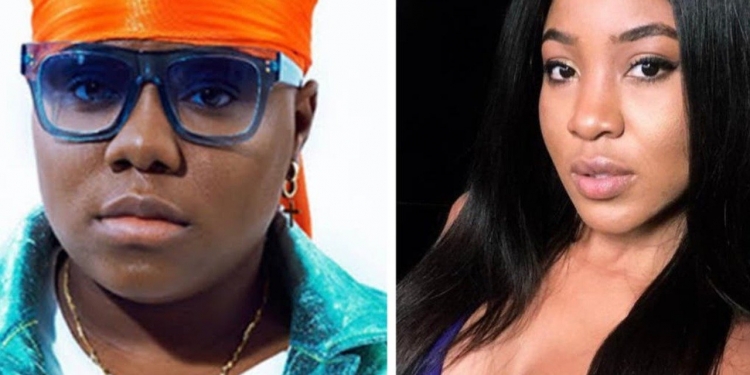 Afro-pop singer, Teni has been condemned  on social media for referring to disqualified BBNaija housemate, Erica as ‘Omo Igbo’

TheNewsGuru reports that Teni in one of her videos, while expressing her love for Laycon said, “Eyin Omo Igbo” which means “You Igbo People” “Won ti sepe fu Laycon” meaning “they have cursed/jazzed Laycon”

A cross-section of Nigerians on social media are now of the opinion that the ‘Fargin’ singer was shading Erica.

This has led to tribal clash on Twitter with people from the eastern part of the country referring to Teni as a tribalist.

@SiriKwado “Nobody will see anything wrong in Teni addressing Erica as “Omo Igbo” but if an Igbo celeb like Genevieve Nnaji addresses Laycon as “Onye ofe mmanụ” in a solidarity video for Erica just like Teni did, there will be outrage everywhere. Hypocritical lots!

@Iamriel7 “If you think Teni saying omo igbo is demeaning, I beg that you stop calling foreigners ‘Onyibo people’

@Tonybright01 “If you say Teni was curssing by referring to Erica as “ Omo Igbo” then Erica was also cursing by calling your
favorite housemate ‘chicken drumstick’ let’s all be cursing together.”

@Afamdeluxo “Teni you don’t address Erica as “Omo Igbo”. Same way I don’t expect Rita Dominic or any Igbo celeb to address Laycon as “Onye ofe mmanụ”. Don’t be divisive in your quest for votes. ”

@AbdulganiyuH “The meaning of omo lgbo is simply lgbo girl so what is bad about it and what is hypothetical?

@RealistHenry “First of all, she has a name, her name is Erica, that should be enough description for a person known that much. The extra “omo Igbo” is unnecessary, reeks of tribalism. Just make your point without the tag, just thinking if she was to say something nice, would she recall to add tag?

@Lollypizzle “Teni called Erica “Omo Igbo,” you are getting angry because this is Twitter. Offline, people call people “Omo igbo” “Aboki” “Alhaja” etc, and we all live in peace but once it’s Twitter, you all are moving mad and stupidly sensitive because you have 10mb data. Oshisco.”

@NoniiRoyal “It is not the meaning of a word that is the problem but the tone and the context. I hate that Omo Igbo with passion, Yorubas use it in a derogatory way.”