...says "Marriage of a tin just no easy" 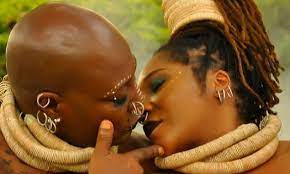 Charly Boy, who is best known for his alternative lifestyle, political views, and media productions, most notably The Charly Boy Show, said the institution (marriage) gets tougher as it progresses.

Having spent 45 years in marriage, Area Fada informed his fans that he was tired and desired to go back to being a bachelor once again.

According to him, the institution gets tougher as it progresses.

Torn in between hanging on or bolting off to ‘bachelorhood’, the maverick entertainer sought his fans opinion over his dilemma.

“My People, If I tell una say, after over 45yrs of marriage to my wife dat am going back to bachelorhood, what would you say?

“I don talk say dis marriage of a tin just no easy. The longer u stay, the harder it gets. What should I do? I tire oooo,” he tweeted. 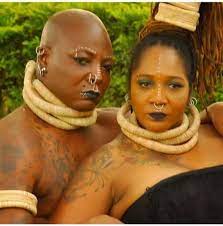 He was born into a Catholic household and is the cousin of Swedish musician Dr. Alban.

As he often refused to reveal his date of birth in interviews, his age remained unknown until 2011 when he celebrated his sixtieth birthday, however, in his usual enigmatic character, he announced his 63rd birthday on 19 June 2013, making his age a contentious one.

Although he describes his parents as liberals who always encouraged their children to express themselves freely, Oputa has also spoken of their conservative nature.

The singer originally aspired to become a priest, but left seminary school after a year.

In his late teens he moved to America where he attended college, graduating with a degree in Communications.

Charly Boy entered the music industry in 1982, and in 1984 independently released the highlife single Obodo GiriGiri.

In 1985, he was nearly denied a record deal with Polygram Nigeria due to his unconventional appearance until he was introduced to managing director Ton Seysener who signed him, and Nwata Miss was released.

Towards the late eighties Oputa, with the help of stylist and fellow singer/songwriter Tyna Onwudiwe, created a new punk persona consisting of leather jackets and boots, power bikes, mohawks, and a new direction in music, combining African pop and Afrobeat.

A pioneer in Nigeria’s short-lived punk movement, he soon earned the unofficial title His Royal Punkness, and renamed his Lagos residence The Punk Palace.

Charly Boy’s most popular album was 1990 released in 1988 – the title was a reference to Nigeria’s corrupt military government which was expected to hand over power to civilians in that year, although civilian rule did not start until 1999).

1990 earned Oputa mixed reviews due to its political nature and caused national controversy, and a number of radio stations refused to play the title track. Despite this, 1990 was one of Nigeria’s best-selling albums of 1988, and Charly Boy was credited with using his music to stand up to his government, a lá Fela Kuti.

Charly Boy has worked on several collaborations with his cousin Dr. Alban, most notably on the song “Carolina” which sampled an earlier hit of Dr. Alban’s – “Guess Who’s Coming To Dinner” – and had originally featured singer Michael Rose.

The re-worked version was sung in Nigerian Pidgin and was a hit in Nigeria. The pair also recorded the songs “Work Work Africa” and “Commercial Waste”.