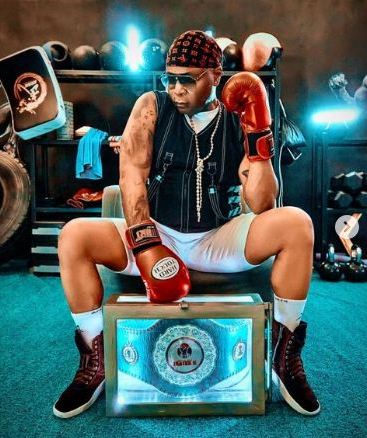 Nigerian entertainer, Charles Oputa, popularly known as Charly Boy, has narrated how he got himself busy impregnating women while his mates were in school.

Recounting a number of life choice and decisions that have changed over time as he aged, the AreaFada of Nigeria Entertainment expressed mystery about the unending wonders of human lives that changes frequently with time

He took to social media to outline some past behaviors and trends that he once invested in.

Mentioning a few, Charly boy hinted at how he once devoted his life to have many children with different women;

He also hinted at how he once had a deadlock hairstyle and swore to carry it to the grave and his passion for riding power bikes among others.

TheNewsGuru.com reports that Charly Boy is one of Nigeria’s most controversial entertainers, he is best known for his alternative lifestyle, political views, and media productions, most notably The Charly Boy Show.

He has served as president of the Performing Musicians Association of Nigeria, and in 2011 was an Idol Series judge.

Charly Boy is the second son of former Supreme Court Justice Chukwudifu Oputa, Oguta-native Oputa was born into a Catholic household, and is the cousin of Swedish musician Dr. Alban.

As he often refused to reveal his date of birth in interviews, his age remained unknown until 2011 when he celebrated his sixtieth birthday, however, in his usual enigmatic character, he announced his 63rd birthday on 19 June 2013, making his age a contentious one.

Although he describes his parents as liberals who always encouraged their children to express themselves freely, Oputa has also spoken of their conservative nature. He originally aspired to become a priest but left seminary school after a year.

In his late teens, he moved to America where he attended college, graduating with a degree in Communications.

He entered the music industry in 1982, and in 1984 independently released the highlife single Obodo GiriGiri.

In 1985, Charly Boy was nearly denied a record deal with Polygram Nigeria due to his unconventional appearance until he was introduced to managing director Ton Seysener who signed him, and Nwata Miss was released.