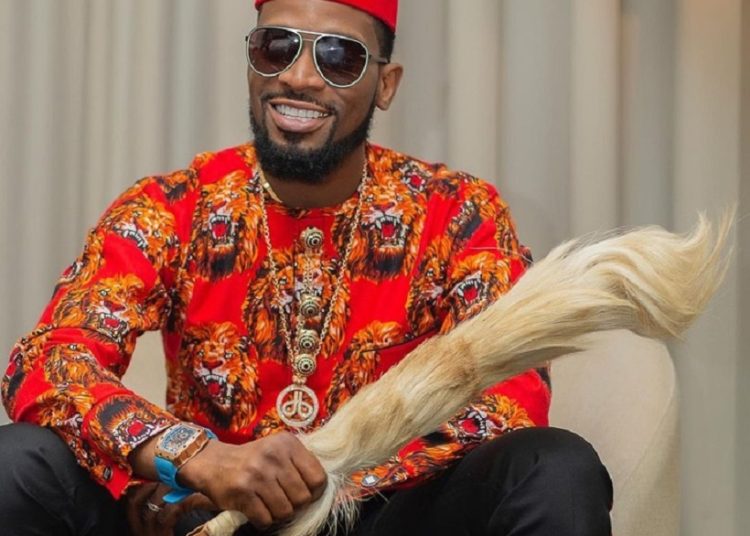 Popular Nigerian musician, Oladapo Oyebanjo, better known as D’Banj, has opened up on the allegation of fraud leveled against him by the Independent Corrupt Practices and Other Related Offences Commission, ICPC, which led to his arrest, asserting that he is not a fraudster and only engaged in a legitimate business.

Recall that the ICPC had earlier on Wednesday confirmed the arrest of the Oliver twist crooner, saying that he was brought in after snubbing several invitations by the ICPC to be interrogated by a team of investigators.

The ICPC said the investigations would be all-encompassing and extended to other collaborators of the fraud and the banks where the beneficiaries’ accounts are domiciled.

However, in a statement on Wednesday, Assistant Team Head, Litigation, Law Corridor, Maryam Musa, rose to his client’s defense and said D’Banj only engaged in legitimate businesses.

Musa said, “As a matter of policy, D’banj and his management do not engage in business dealings, unless they are legitimate, adequately documented and obtainable in law.”

Speaking on the arrest of D’banj, she said: “Dbanj was officially invited by the ICPC in respect of the investigation a month ago, he sent in letters through his attorneys to the commission in care of his schedule in South Africa and promised to visit the Commission when he returned.

“On Monday the 5th of December, 2022, D’banj freely and of his law-abiding accord went to the Commission at about 2pm immediately after he arrived in Abuja. The Officers of the Commission advised that he returned the following day as it was late for any interview on said Monday.

According to Musa, D’banj encouraged the Commission to carry out its investigation thoroughly to ensure that characters attempting to bring him into “ridiculous” activities are brought to book.

“It is inconceivable that D’banj whose very career is a reference point for hard work, diligence and honesty would lend his reputation built steadfastly over the years to acts of such accusations which he must now stoically suffer through while clearing his name.

“The general public are advised to resist the urge to buy into media sensationalism which is unsurprising but harmful to the course for the truth which D’banj has willing set himself on by honouring the ICPC’s summons,” the lawyer said.