by Bartholomew Madukwe
in Entertainment, News
Reading Time: 2 mins read
581 6
A A
0 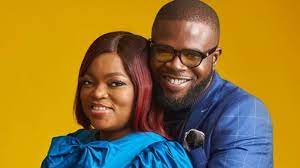 Benito Bello, son of filmmaker Abdul Bello, a.k.a JJC Skillz, and stepson of Nigerian film actress and producer, Akindele-Bello Olufunke Ayotunde, popularly known as Funke Akindele or Jenifa, has accused the latter of cheating on the former.

He made cheating allegations against Funke in an Instagram live video shared on Friday, May 20, 2022.

According to Benito, his father cheated on Funke which led to a big fight.

Benito said the movie star was known for screaming at the top of her voice in the house whenever she was addressing her staff.

He also claimed that mother of the twins accused her husband of stealing money from the family’s account.

Benito also claimed the actress treated people who worked for her in a very belittling manner.

In his words: “In his words: “They are not really together. They both cheat on each other, and they both had a fight. My dad is practically living somewhere else. I don’t even have any care for them no more. I can’t talk to them as a couple anymore. I can only say what I have seen. They are in an open relationship….Funke is a bad-tempered and rude person, she maltreats her staff and everyone that lives in her house.”

Funke’s stepson said he has witnessed staff of the actress breakdown after she scolded them.

Meanwhile, some Nigerians have called to help for Benito on social media following his tweets.

According to Blessing Effiong: “This is one of the reasons people don’t want to raise another man/woman’s child(ren). Would you have vomited all these if she was your biological mother? Also please remember to tell us the part where her money must have been spent on you and your siblings. Onibaje omo jati jati. It’s not your fault, it’s cause she welcomed you with open arms into her private life. You and your mother cannot bring down a shining star. You can only try”

One Aisha wrote “So you were planted in their home to act as surveillance on Funke…listen couples fight is a normal thing . we don’t need your journalism work since your mum didn’t teach you how to mind your business …omo irankiran. Stop letting your mum use you to express her bitterness”

Anoother Nigerian, Adebankee, wrote “If your dad didn’t marry her you will be irrelevant. Spoilt privileged child trying to tread on people’s hard work. So because she’s a celebrity she has no right to shout at employees misbehaving some people are just mad”

Emmanuel, on his part, wrote: “Who else noticed the boy twitching? He’s not okay,.. they better take care of him. He needs help. Someone should check on him, he’s twitching”

One Iyalode wrote: “Stop enabling this child!!! Somebody should collect his phone!! Heard you were expelled cause of a [email protected] charge, na bear I hear. If that’s true, for someone who was charged with such heinous crime, you seem not to be sorry, if you no do am, you suppose dey mellow dey reason life… to each his own sha.”