a Canadian-born Ghanaian actress, Jackie Appiah, has shared photos and video of her recently acquired  multimillion-dollar mansion in Ghana.

Appiah caused a buzz online after photos and video of the stunning exterior surfaced, leaving netizens speculating what the interior would look like.

However, Appiah recently welcomed Nollywood actress Luchy Donalds for a thorough tour of the property, and Luchy, who was greatly astonished by the sight, could not hide her excitement. 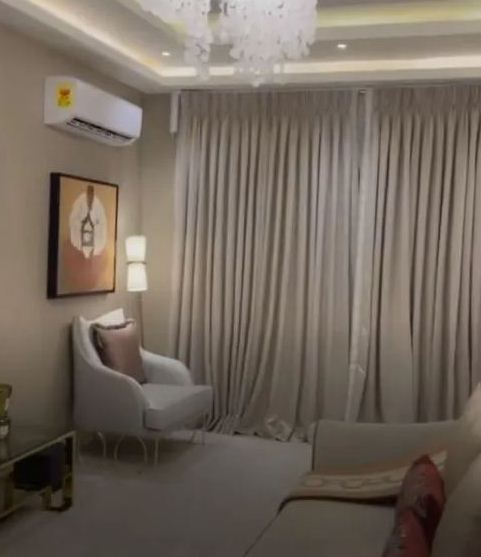 In the video that was shared on social media by Luchy Donalds, the tour started from the compound, which showed off the actress’ car and a large pool with lounge chairs and beautiful flowers.

A sizable rest house with a view of the pool and a large swimming pool with a nicely tiled surround are both located in the expansive complex. Her spacious bedroom is furnished with a gorgeous king-sized bed, brilliant lights, and artwork, and the house features a tastefully furnished home office. One has to accept that furnishing the mansion would have cost a fortune.

Luchy, who was so overjoyed by what she was seeing, could not help but gush at the extreme luxury of the home, and the splendor of the structure, screamed with delight.

“Big mansion. This is queen J’s villa. Castle, castle, castle…this is hooge.. Na woman do am, no be a man,” she said.

The actress was born on December 5, 1983 in Toronto, Canada and spent her early childhood in Canada, then moved to Ghana with her mother at the age of 10.

She is popularly known by her maiden name, Appiah. Appiah married Peter Agyemang in 2005 and has one son.