How I got heartbroken on Valentine’s Day- Tobi Bakre

by Kehinde Ajose
in Entertainment, Trending
0
18
SHARES
441
VIEWS
Share on WhatsAppShare on FacebookShare on TwitterShare on LinkedInShare on TelegramSend as Email

BBNaija 2018 star, Tobi Bakre has recounted how he got heartbroken on Valentine’s Day.

He took to his Twitter page to recount how heartbroken he was when a certain lady broke his heart on Valentine’s Day.

According to him, he had devised ways to impress her on  that day , buying her gifts and planning to take her on a date.However, she failed to show up, messing up his plans.

He wrote:  ”Years back in uni. This particular girl I liked and wanted to impress on Vals day. I collected money from my father. Mother.  Sister. Minus my @femibakre, baba no send me. Starved that whole month just to save money and impress this ‘babe’. Vals day came. I had ordered for a cab. No way I  was driving. I wanted back seat snuggling on the way back from the restaurant in VI I had booked. I sent the ‘babe’ money to get a cab and join me. I also got her a new bold2 at the time. Prior to that we were in romance terms o. I thought I found my future wife.

She said she saw a lifetime partner in me too. So I felt the need to put my all in this thing. She called after getting alert and said she was on her way. 30mins later I called her. Number busy. Another 30mins after. Number unreachable. But I had sent address so I didn’t panic.

I waited roughly 3hours. My phone battery was low. It was late. Decided I’d join a few friends at a club nearby and use their power bank and boost up since they were out with their babes. I entered the club na. Sad, frustrated and very worried. Ice cream and chocolate had melted

I had thrown flower away self. The song playing was ‘Turn me on’ by Kevin Lyttle. I will never forget. I saw my friends and joined them. Sat down and looked to the table on the right. There my ‘babe’ was. With champagne in her hand dancing on chairs with men her father’s age.

I didn’t cry o. It didn’t pain me atall. You know me na. I have always been a bad guy. Bt somehow sha. Someones drink poured on my cloth and the tears just started to flow. Ah. Not sure my heart has recovered See eh. This valentine. It is me and me alone. I will show myself love”.

Tobi was the second runner-up of the reality show which was won by Miracle Igbokwe. 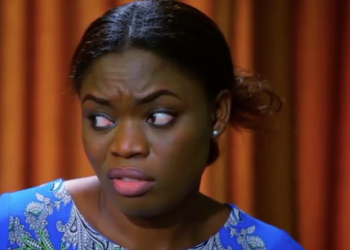 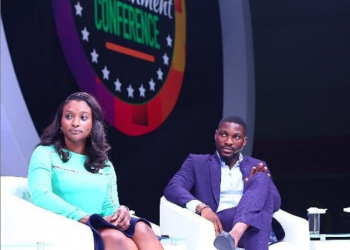