I was tempted to quit music- Slimcase

Afro-centric rapper, Slimcase is no doubt one of the most sought after rappers in the Nigerian music industry at the moment.

Unknown to many, the self-proclaimed ‘Ruby Lanshi’ became a bonafide star after a decade of pursuing his passion for music. His journey hasn’t been devoid of detours and challenges.

In a recent encounter, the ‘Azaman’ singer revealed that he doesn’t drink alcohol or smoke cigarettes.

“I don’t smoke, drink alcohol or do drugs I am only a good actor. Taking alcohol is not a sin, but drinking to stupor is a sin”, he told Vanguard.

Speaking further, the entertainer said he was tempted to give up on music, but his passion for the craft kept him going.

“Sure, I was tempted to quit every day. Everybody in the music industry once had that feeling of quitting but passion for the art has been the drive.” 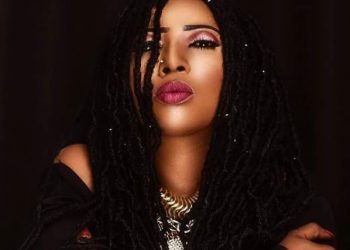 Solo Urete lights up Lagos with ‘Stand up for Jesus’ [Pictures]