Popular US comedian and actor Kevin Hart abruptly pulled out from hosting the Oscars on Thursday night over homophobic and anti-gay tweets.

48 hours after announcing he had landed what he called a dream gig, Hart said that the Academy of Motion Picture Arts and Sciences had told him to choose between apologizing for the tweets or losing the job. Hart said the tweets were from nearly a decade ago and that he has matured since then.

“I chose to pass on the apology. The reason why I passed is because I’ve addressed this several times,” Hart, 39, said during a video posted to Instagram.

“I’ve said who I am now versus who I was then. I’ve done it. I’m not going to continue to go back and tap into the days of old when I’ve moved on and I’m in a completely different place in my life,” Hart said.

On Twitter, Hart apologized to the LGBTQ community for what he called “my insensitive words from my past.”

“I’m sorry that I hurt people,” he added. “I am evolving and want to continue to do so. My goal is to bring people together not tear us apart. Much love & appreciation to the Academy. I hope we can meet again.”

The Academy must now find a new host for the 91st Academy Awards in February.

The renowned actor was meant to have hosted the glamorous event after talk show host Jimmy Kimmel held the gig for two successive years.

The Academy of Motion Picture Arts and Sciences has said that it was introducing a number of changes to improve viewership, including shortening the show to three hours and handing out some of the awards during commercial breaks. 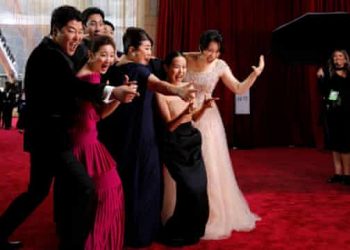