Nollywood actor, Hafeez Oyetoro popularly known as simply Saka has opened up on his traumatic experience after being dispossessed of his belongings and hard-earned money by robbers at his Isheri apartment during the week.

Oyetoro said that the robbers forced their way into his apartment and stole his belongings but didn’t harm anybody.

“The robbers came around 2:50 am, and they brought their equipment to cut the burglary proof in the house. They all carried sophisticated guns.

“They stole a laptop, phones, and little money available in the house. However, they left us alive, and that is very important to me. The only thing affecting me now is the trauma. I don’t like to recall what happened because the more I do that, the more traumatized I feel.”

Oyetoro insisted that the country isn’t bad but the people governing the country are not doing well at all in many areas including security.

“I know that Nigeria is a good place if it is led by good people, who have a conscience. If they create an enabling environment for citizens of the country, people will enjoy their lives.

“It is the people that are managing our affairs that are dangerous, not Nigeria as a country.”

“People are hungry. There is poverty all over the place, and there are no jobs. Many artisans have abandoned their trade because business is dull. Hungry people will be angry. I believe that many of these crimes are a fallout of bad leadership the country is currently experiencing. I pray we get it right one day.”

The comic actor further revealed that he would be leaving the apartment where he was robbed because many people now know that he resides there.

He said, “I am planning to leave that place because many people now know I live there, and that is not good for me as a public figure.” 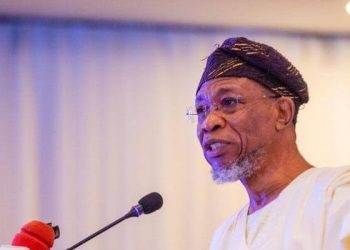