Adebayo clocked 41, while Odunlade is now 43.

An excited Femi shared a picture early Tuesday on Instagram of himself clad in a brown suit and holding a hat.

He captioned it: “Mo young, Mo Smart, and I’m sexy….I lie? All praises and adoration to God Almighty as I add another year! ”

Mo young , Mo Smart , And I'm Sexy…. I lie? All Praises And Adoration To God Almighty As I Add Another Year! 😁 . . @yemikingsstudios @kpearlcouture

“Happy birthday to you @odunomoadekola Omo wa ni eeeThank you all In #THEVENDOR omoologo Voice on #Netflix I say thank you so much ,” he said in one post.

He began acting in 1985, the same year he featured in his father’s first movie titled Ogun Ajaye.. He has starred in several Nigerian films, winning four awards as Best Yoruba actor at the 17th African Film Awards popularly known as Afro Hollywood awards at the Stratford Town Hall in London. He also won an award in the same category for the Best of Nollywood Broadcasting Organization of Nigeria Awards in 2012.

Adekola began acting in 1996, the same year he joined the Association of Nigeria Theatre Arts practitioners.. He has starred in, scripted, produced and directed several Nigerian films over the years .In April 2014, he won the Africa Movie Academy Award for best actor of the year. In December 2015, he marked his entrance into the Nigerian music industry. Photographs of Adekola during filming are widely used as internet meme across the Nigerian webosphere 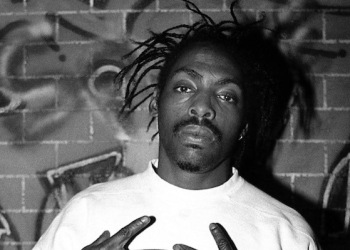