Nollywood actor, Kelvin Ikeduba is widely known as the Bad Boy of Nollywood, thanks to the ‘Bad boy’ roles he plays. However, the chubby actor has revealed that despite playing bad boy roles, he is not a bad person.

The graduate of Economics from the University of Benin noted that playing bad roles doesn’t have anything to do with his looks.

“I want to relate the bad boy roles I play to the society we live in. We all can’t be good. There are some people that are representing the lover boys in the society. Playing bad boy roles doesn’t mean I am bad. It has nothing to do with my looks; maybe I am just good at being ‘Bad’ he told Hip TV

The actor who started out acting English movies said growing up in an environment where Yoruba is being spoken helped his foray into Yoruba movies.

According to him: “I didn’t learn Yoruba, I grew up in the surroundings where people speak Yoruba “. 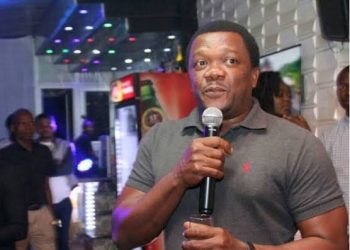 Cardi B, Bruno Mars to perform at 2018 Grammies