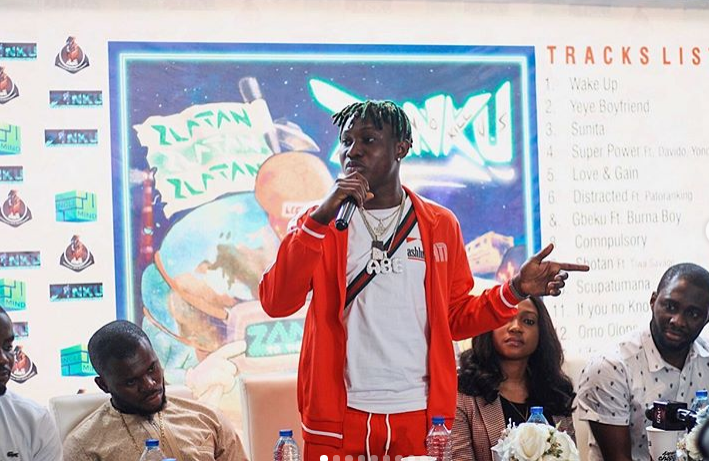 Many were shocked on Thursday 31st of October 2019 when indigenous rapper and singer, Zlatan showed off a part of him people hardly see.

At the press briefing held for his debut album ‘Zanku to the world’, the leg work crooner surprisingly volunteered to lead the opening prayer before the event kicked off.

A certain journalist said after the prayer:” I am impressed by this. It shows he is a pure soul who puts God first”.

The ‘Bolanle’ crooner had earlier hinted about the album some weeks ago. He also disclosed that the new project will feature Patoranking, Tiwa Savage and others.

Zlatan has continued to remain a household name in the country’s music industry. The rapper has released several songs and also featured in DJ Cuppy’s video for ‘Gelato’.

While he enjoys a flying fan base, Zlatan has also had his share of criticisms.