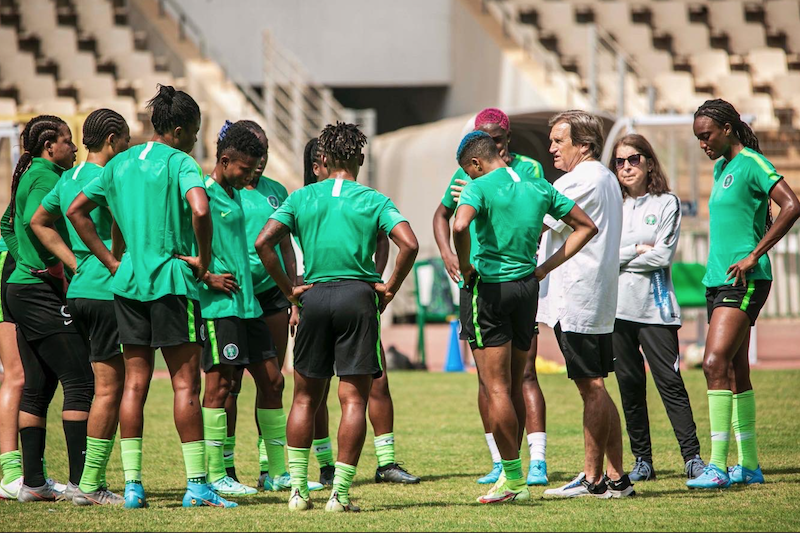 TheNewsGuru.com (TNG) reports Waldrum, the Super Falcons chief coach made this known at a press conference on Friday, following an impressive win in the first leg match of their final round fixture in the 2022 AWCON qualifiers.

In the first leg played at the Moshood Abiola National Stadium in Abuja, the Ivorian ladies showed physical strength, and tried to overpower the Super Falcons.

However, the Nigerian ladies showed courage and won the match by two (2) goals from debutant Ifeoma Onumonu in a match that saw Ashleigh Plumptre also debut for her grandparent nation.

Following the nature of the first leg, Waldrum has said the second leg would be approached differently and that the Super Falcons will go for the win.

“I think the thing we will do, technically, we will just prepare our players not to let that stuff affect them. We will go to their place on the front foot. We can’t go in there and sit back.

“We understand if we go there and get a goal, we will make things very difficult for them. We will go after the win in Ivory Coast,” Waldrum said.