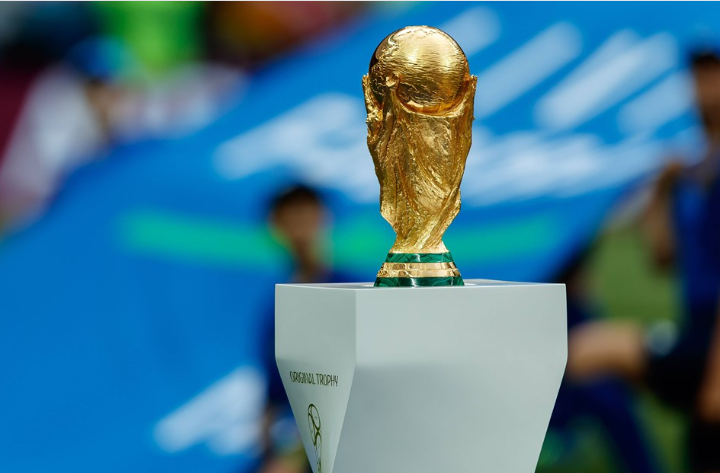 European champions Italy will miss a second straight FIFA World Cup after being shocked 1-0 in stoppage time by North Macedonia in a play-off on Thursday.

Four-time world champions Italy dominated the entire game in Palermo and recorded 32-4 attempts at goal but only a few were on target.

Aleksandar Trajkovski did better on the other end when he found the net with a low shot from 25 metres into the left corner two minutes into added-on time.

“It is difficult to explain. There is a great disappointment, even today (Thursday) we played a good game but we couldn’t score,” Italy’s veteran defender Giorgio Chiellini, who came on late, said.

“From September to today we have made mistakes and we have paid for them. I am proud of a team that has given everything.

“But it is clear that we are destroyed and crushed, a great void will remain within us.”

While Italy and their coach Roberto Mancini will be licking their wounds some eight months after winning the Euro title, North Macedonia face a deciding match against Portugal on Tuesday.

They will be looking for a place at their first World Cup finals, set to start Nov. 21 in Qatar.

“The way that July of last year was the most beautiful achievement of my professional life, I think this is also the greatest disappointment,” Mancini said after the match, leaving questions about his future with the national team pending.

“We’ll see, at the moment the disappointment is too great, for everyone, to talk about the future,” Mancini said.

Also through to the play-off finals to join Portugal and North Macedonia are Wales and Sweden.

The hosts got a 15th-minute lead when Otavio slotted home from a tight right angle in his home stadium off Bernardo Silva’s shot against the post.

Liverpool’s Diogo Jota doubled the lead in the 42nd minute.

Turkey were back in the game in the 64th minute from Yilmaz’ low shot off Cengiz Ünder’s through ball.

But Yilmaz then fired an 84th-minute penalty kick over the bar after Enes Ünal was adjudged upon video review to have been hit by José Fonte.

Matheus Nunes then wrapped up matters on the other end.

Gareth Bale hardly sees any playing time at Real Madrid but he scored a brace in a 2-1 win over Austria to keep alive Wales’ dream of playing at a first World Cup in 64 years.

Bale curled a free-kick into the top right corner in the 25th minute in Cardiff and smashed the second into the same place with a diagonal drive six minutes after the restart.

But they had to sweat it out after Marcel Sabitzer’s shot was deflected by Ben Davis over the diving goalkeeper Wayne Hennessey.

Wales will play for a spot in Qatar in June, with their opponents either Scotland or Ukraine whose game was postponed after the Russian invasion.

Sweden beat the Czech Republic 1-0 in extra time from Robin Quaison to set up a Tuesday date with Poland who advanced by walkover after the suspension of their opponents Russia.