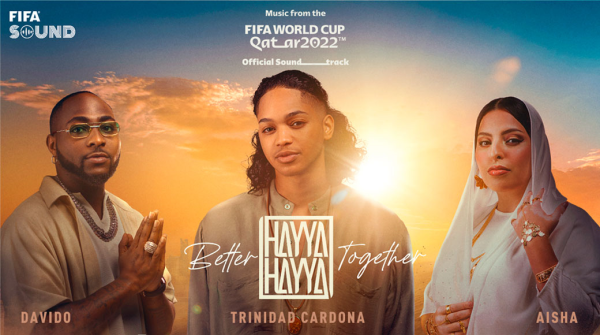 Upon release online the theme song has been viewed by millions of sports loving fans.

Title Hayya Hayya meaning Better Together, the song will be played before and during the mundial holding in November.

He tweeted, “I’m honored to be featured on the Official ⁦#FIFAWorldCup 2022 Soundtrack! See y’all later 2NITE! This one is for Africa! TULE!!!! 🤞🏾❤️ WE RISE!”

Aside from Davido, the single featured US star Trinidad Cardona, and Qatari sensation Aisha ahead of tonight’s final draw for the tournament.

Recall that Tuface is the first Nigerian to feature in a Worldcup theme song, when he did in South Africa 2010. Davido makes it the second Nigerian to do so . 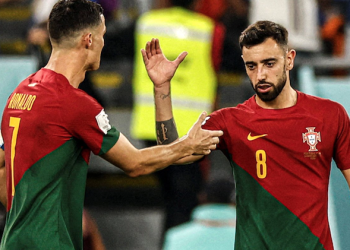 Portugal vs Uruguay: Fernandes speaks on Ronaldo claiming his goal