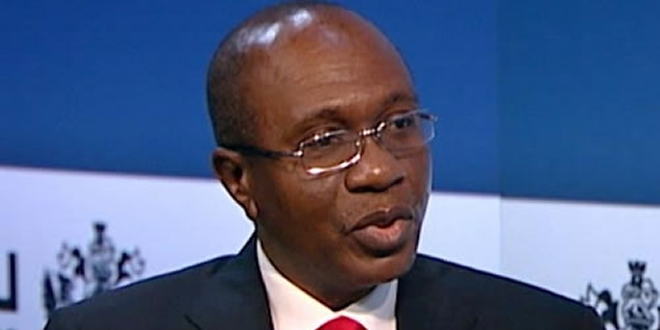 Governor of the Central Bank of Nigeria (CBN), Godwin Emefiele has picked the N100 million presidential nomination and expression of interest form of the All Progressives Congress (APC).

TheNewsGuru.com (TNG) reports Emefiele picked the presidential nomination and expression of interest form of the APC on Friday.

It would be recalled that a coalition of commodity associations in Nigeria had resolved to raise the N100 million needed to purchase the presidential expression of interest and nomination forms for the CBN Governor ahead of 2023 general elections.

They said the decision was reached having realized that the CBN governor is one of the trusted and tested Nigerians that have the commitment and competence to protect the interests of farmers across the country and give priority to commodity and agricultural value chain.

One of the conveners of the meeting, Malam Ibrahim Garba revealed that the meeting was convened to articulate the position of the commodity associations who are the biggest stakeholders in the country ahead of the 2023 general elections.

He said the robust national security the country needs now can only be achieved through food security.

“Agriculture is the key to achieving national security. Through agriculture, millions of Nigerians are economically empowered and gainfully engaged, our industries are revived, a multifaceted value chain ecosystem created, and food security is ensured,” he said.

The commodity associations leaders said in the last seven years, Nigeria has carved a niche for itself as a country that has achieved self-sufficiency in food production. “Despite the Covid-19 pandemic, Nigerians were never short of food. We were never hungry even when every country in the world shut its borders for nearly a year.

“Only God knows what would have happened if we were importing the food we eat. There would have been war.  But that was averted due to the resilience of Nigerian farmers and commitment to agriculture by the President Muhammadu Buhari administration,” one of the farmers leader from the Southeast, Chief Madu Ndubuisi, said.

It was to sustain this unprecedented agricultural feat that the representatives  of farmers and their leaders across the commodities converged in Abuja for two days and decided to raise N100 million to acquire an APC form for Emefiele who is the driver of the Buhari agricultural revolution.

It was learned that the farmers have divided themselves into six zones, with each zone raising at least N20 million. “We have decided that every farmer in the country would donate a minimum of N200 for this cause. We have set the ball rolling. We are not leaving any stone unturned,” Alhaji Mudi Ila, another commodity association leader from Jigawa State, told this newspaper.

Flying Eagles up against Black Satellites as WAFU B begins