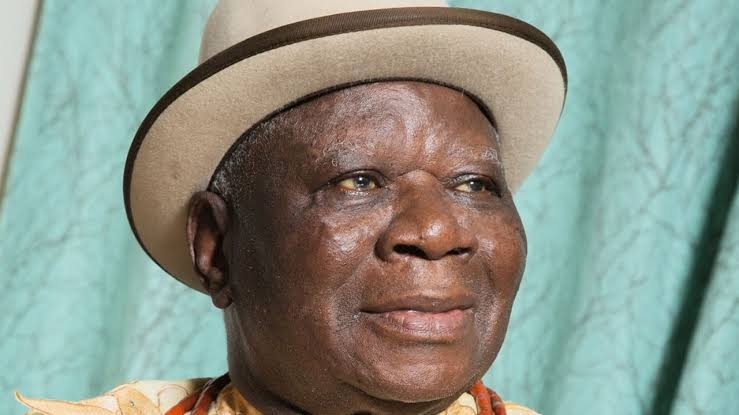 He said this on Sunday, in Abuja, at an expanded meeting of the forum with the theme, “State of the Nation and Preparations toward 2023 General Elections”.

Clark, also an Ijaw Leader and Elder Statesman, said it was imperative for the south to produce the next President of Nigeria to guard against marginalisation.

Don’t allow PDP back, it will be disastrous – Tinubu

“The south should be ready to have the next President. Without that, there is no Nigeria.

“When the Constitution did not provide a succession when Yar’Adua was ill, convention was adopted.

“Even though zoning is not part of our national Constitution or party Constitution, it has been an acceptable convention that will keep this country together, “he said.

The elder statesman who also spoke in support of restructuring, said that it should be the order of the day.

“We must restructure. We must not close our eyes to what is happening in this country. We don’t want to be manipulated over. We are ready to have the next President”

Presenting the communique, Bitrus said that the group urged the Federal Government, to heed the genuine and reasonable nationwide call for a transparent National Dialogue.

“And take urgent steps towards restructuring and birthing a new Constitution; to bring back equitable harmony to the country.

“We insist that it is imperative to immediately restructure the country considering the precarious prevailing atmosphere before any further elections.

“We unequivocally and in full resolve, call on the APC and PDP and other political parties to zone the Presidency in 2023, to the South; at the next election.

“We insist that cattle rearing is a generally, private business enterprise, as such, the federal government should avoid committing state resources to promote any particular business, beyond providing the enabling environment, in the performance of its regulatory roles,” he said.