...says anyone planning to Islamise Nigeria‘ll not be alive to witness it

by TheNewsGuru
in News, Politics
Reading Time: 3 mins read
A A
212 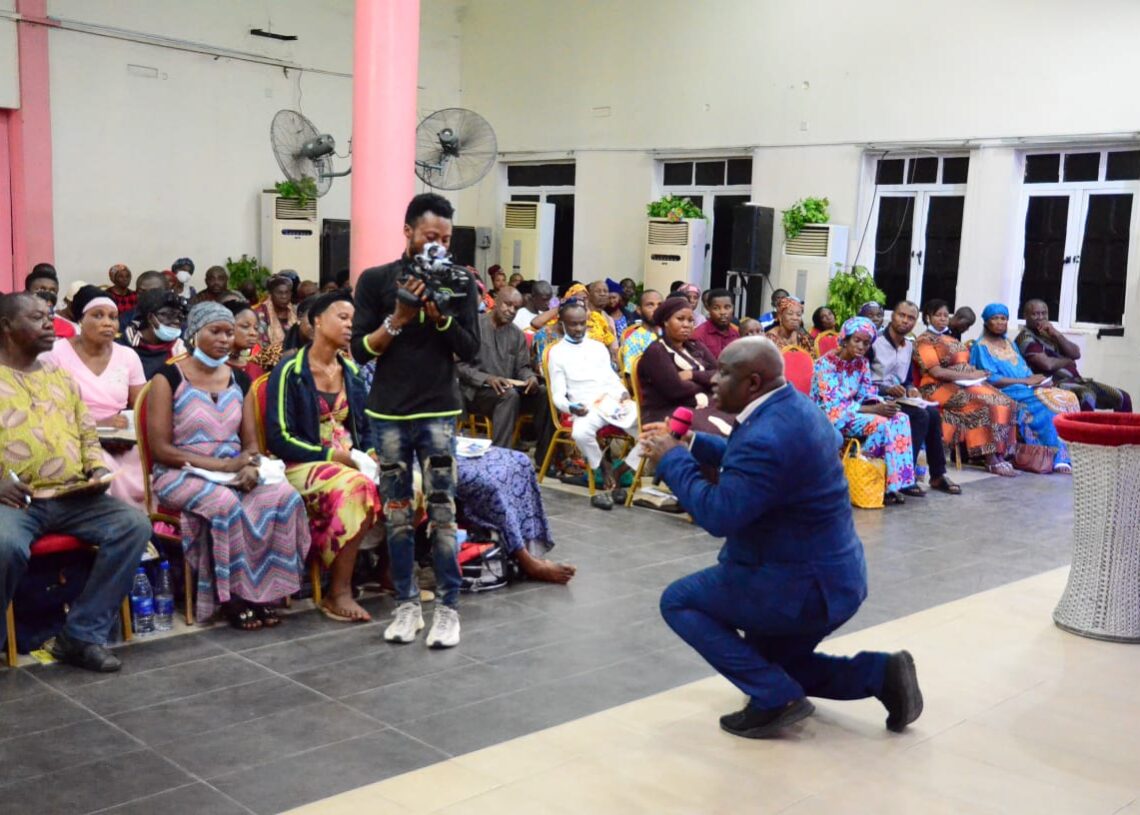 Bishop Chris Kwakpovwe, the General Overseer of Manna Prayer Mountain and Publisher of the popular Our Daily Manna has advised Nigerians, especially Christians not to be too bothered about the All People’s Congress, APC’s controversial Muslim-Muslim presidential ticket.

Bishop Kwakpovwe made the declaration during the 2022 edition of the Mid-Year World Anointing Service held at the ministry’s headquarters, 8 -13 Omotayo Banwo Street Ogudu, Orioke, Lagos on Saturday July 23rd.

The Christian Association of Nigeria, CAN, Pentecostal Fellowship of Nigeria, PFN and other prominent Nigerians have all kicked against the emergence of APC’s Muslim-Muslim ticket, describing it as evil and insensitive.

With the theme, ‘Oh Finger Of God; Show Up For Me’, the grand finale of the 14 days programme, which was beamed live across the world, an overwhelming huge crowd filled the ministry’s (Mountain) auditorium with overflows of worshippers outside.

The pharmacist-turned preacher, Bishop Chris said; “The Muslim-Muslim ticket doesn’t worry me. After all, we campaigned for late MKO Abiola, who was a Muslim from Ogun State and Babagana Kingibe, another Muslim from Borno State. Nigerians at that time were united in voting them to victory – The Popular June 12 election which was annuled by the military. Maybe by now, Nigeria would have been like America.

“So the Muslim-Muslim ticket is not my worry. The whole country voted for that man. But Babangida and the Junta annulled the election. My plea to all of you is to ensure you pick your PVC and vote for the best candidate.”

Speaking further, he said; “Please don’t misquote me. I didn’t say PDP is better than APC or whatever. But what I’m saying is that I don’t believe in condemning anybody, but my counsel to those complaining that the Muslim-Muslim ticket is bad or terrible, is that; carry your PVC and remove those you don’t want, even if it’s Christian-Christian ticket, if they are not doing well, what do you do ? Use your PVC to vote them out.”

According to Bishop Kwakpovwe, If anybody has the intention to islamise Nigeria, such people would not be alive to witness it.

“Where is Leah Sharibu? That wonderful Christian girl? Where is she today? She is still in captivity. What wickedness is this? I’m not saying be Obidient, or “be PDP or APC” because I am a father to all. But hear me carefully. We will not support evil. Anybody secretly planning to bring Jihadists into this country; I make a decree today: That they shall.not be alive to accomplish it in Jesus name.

“Anybody that will allow this suffering to continue shall not win the election.”

He however urged Nigerians to continue praying for their leaders as he submitted that a good man with good intentions might bow to pressure and change whenever they get elected.

The bishop urged members and the nation to pray especially for the month of August and September, saying that the two months are significant.

While Bishop Chris Kwakpovwe led prayers, with intermittently preaching in his usual charismatic style, large number of the worshippers were healed of different ailments as many gave incredible testimonies during the service.

Online viewers also called to give their testimonies of healings and how the atmosphere changed at various locations across the Globe.

Soul-thrilling praise and worship songs were orchestrated by the very wonderful choir -Manna Voices, who dictated the tunes for the revival that left participants dancing and rejoicing.
It was indeed a manifestation of God’s Finger!

Messi has nothing to prove to anyone – Neymar

Only Liverpool will challenge Man City for EPL title - Guardiola