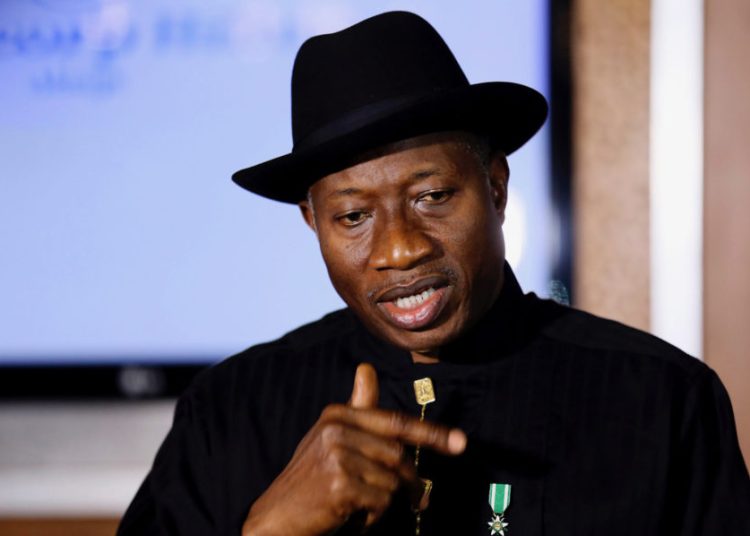 Former Governor of Jigawa State, Sule Lamido has advised former President Goodluck Jonathan to avoid APC like the plague except he wants the wrath of God.

Lamido said he hopes Jonathan will not accept the APC offer; saying it was not only politically wrong to do so but morally undesirable which may attract the wrath of God.

Against the background of ex-President Goodluck Jonathan contemplating joining the All Progressives Congress (APC) as it’s presidential candidate, a former Governor of Jigawa State, Sule Lamido, has said the move would amount to self-destruction.

Cabal in the Villa are reportedly pushing for Jonathan’s APC ticket so that the north could return to power in 2027 since he would only be in office for a term.

Lamido said he hopes Jonathan will not accept the offer; saying it was not only politically wrong to do so but morally undesirable which may attract the wrath of God.

He enjoined Jonathan to take a retrospection about how the Peoples Democratic Party had guided him from a humble beginning to the highest political office in the land and it will be a great betrayal if the former president dumped the party for a move to the ruling APC.

He said many of the party faithful were persecuted for supporting Jonathan in 2015 and abandoning them to join people who demonised and ensured the fall of his government meant the sacrifices of his supporters have come to nought.

“The issue of Jonathan going to APC to be their flag bearer, I pray it is not true. I hope it is not true because if it is, he is inviting himself to self-destruction. This was somebody who came from a very humble and decent background. He came from a family with a good upbringing and high moral values. That is what he said. And he grew up in life. He got an education.

“All these achievements he made and his political ascendancy were under the PDP platform, which means PDP gave him the biggest world any PDP member can get in Nigeria. It is for him to reflect on the love, the family bond of the PDP, the sacrifices made, the humiliation we went through, the vilification of the APC of his own government, the way he was being demonized, the way Wole Soyinka was calling his wife hippopotamus, and calling him clueless. The entire APC 2013, and 2014 literally destroyed him. He should be able to reflect. Of course, we had the heartache, the pains, humiliation and persecution the people of the North had in 2014 for supporting Jonathan. There was a man from Katagum, his house was destroyed and burnt down in Azare just because he was supporting Jonathan.

“Is this way he is going to reward PDP for inventing him? Minus PDP, who will ever know anybody called Jonathan? Today, he is an international person, being called upon by the world to perform functions for the world.

“How did he get that kind of status? It is from PDP. Now, he is said to be going to APC because of greed, to destroy all this history of his? God will not allow him. If he goes, God will defend PDP. If he goes, he will meet the wrath of God. I urge him not to do it. The people courting him now are liars. They lied to get to the government. I urge him in the name of God, the very God that made him from nothing, to think about PDP which made him from nothing. He should please reconsider. People are looking at him. You do not destroy the foundation that made you. These people ‘evilized’ him. He is now going to them, to turn him into a saint? He should never ever believe in APC. APC is a creation of lies, cultured by lies, maintained with lies.”