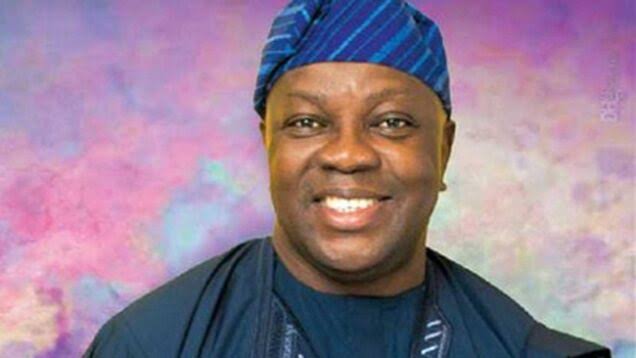 Otegbeye, who claimed that he was enjoying the backing of Amosun for his candidacy, made the assertions on Tuesday while addressing newsmen in Abeokuta after securing a court judgment, which reinstated him as the ADC Governorship candidate.

Recalled that Amosun, a serving Senator on the platform of the All Progressives Congress (APC), had openly declared his support for Otegbeye and the ADC, insisting that Abiodun must not return as governor.

According to him, he has been procuring endorsement everywhere and two weeks after, I visited my paramount ruler, he received me warmly and prayed for me.

“In truth, blood they say is thicker than water; there is no father that will disown his son.

“I have seen the traditional institutions being bullied and so when he went around on the jamboree, getting the endorsements, we congratulated him.

“Let’s compare all those endorsements and put it side by side with Amosun’s endorsement, where he pointedly said he is supporting Biyi Otegbeye and ADC.

“Amosun is a man of tremendous goodwill; this present administration is doing everything within its power to erase some of his (Amosun) accomplishments.

“But that is not possible, because everywhere you go, you are going to see the footprints of Sen. Ibikunle Amosun when he was the governor of the state,” Otebejeye said.

The Yewa-born lawyer admitted that the court processes had distracted the party and also cost them a lot of money.

He, however, pledged that if elected, his administration would fix and repair all the “broken systems” in the state.

According to him, let us now prepare for the 2023 elections by collecting our PVCs and be ready to exercise our democratic franchise by voting for ADC,” he said.