Home » News » 2023: Nobody will give you presidency by abusing, threatening secession, El-Rufai tells South East politicians

2023: Nobody will give you presidency by abusing, threatening secession, El-Rufai tells South East politicians 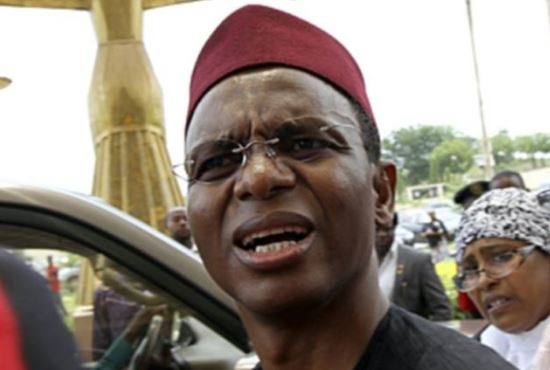 Governor Nasir El-Rufai of Kaduna State has advised South East politicians to actively engage other sections of the country if they are really serious to produce Nigeria’s next president.

El-Rufai said that it was the same approach adopted by previous presidents and wondered why any section of the country would expect that it would be offered the presidency without negotiation.

He said it is even out of place for the Southeast to expect that it could get the presidency by threatening to break away from the rest of Nigeria.

Ohanaeze Ndigbo wants zoning of the presidency in the Constitution

El-Rufai, who spoke during a webinar organised by the Africa Leadership Group with the theme ‘Developing a Viable Nation 2’, conceded that the presidency should go to the South in 2023, but he said the Southeast should not bank on getting the slot by threatening to pull out of Nigeria.

His words: “I don’t think anyone has stopped the South-East from going for the Presidency. But you see, you cannot get the Presidency of Nigeria by threats or by shouting victim hood. “This is a political process and you have to engage other parts of Nigeria to convince them to support you.

“You don’t stay in your corner, abuse everyone in Nigeria and say give me Presidency. It is not going to happen.

“Presidency is not by allocation; it is the result of a political process. You join a political party, your party negotiates with other parts of the country and it happens.

“That is how it is done. And you cannot get it by sitting down or threatening secession. It won’t work.

“I think the South-East is going about it the wrong way, because if you look at the APC for instance, we do not have many footprints in the South-East.”