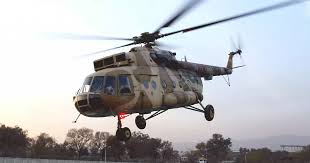 Spokesperson for the Congo Army has confirmed the death of 22 people after two Ugandan military helicopters crashed in East DRC, on Wednesday.

Uganda had sent troops to its central African neighbour in December to help fight a violent rebel group known as the Allied Democratic Forces (ADF).

“The Uganda People’s Defence Force (UPDF) have not yet told us the circumstances of the crash,” the spokesman said without providing further detail.

UPDF spokesman, Felix Kulayigye confirmed two helicopter crash and said “there were fatalities, but I don’t have any extra details at the moment”.

The ADF is among several militias wrangling over land and resources in Congo’s mineral-rich east over the past decade, a conflict that has claimed thousands of lives and displaced millions.