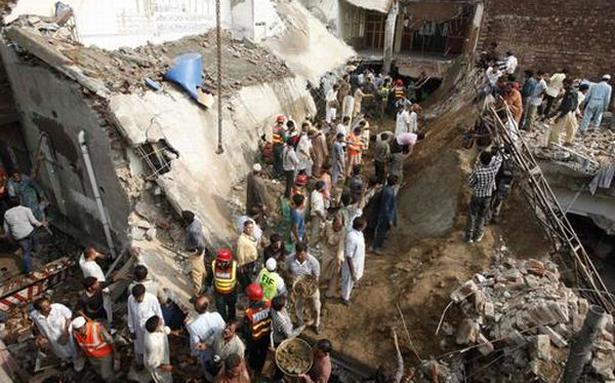 About seven people died and 10 others were injured on Monday after a roof of a mosque collapsed in Khairpur District of Pakistan’s southern Sindh Province, local media reports said.

According to the reports, the incident took place in Ahmadpur area of the district due to torrential rains.

The reports added that over 100 people, including women and children, got trapped under the debris.

CAS to explore opportunities for NAF at Pakistan defence exhibition

The rescue officials said the victims were sleeping in the mosque during the tragic incident.

The victims were the local flood-affected people who have taken refuge in the mosque since their own houses were affected by the floods.

The officials said rescue teams reached the site and shifted the victims to a local hospital.

Heavy rains in the area over the last four days have resulted in multiple accidents.

Why we arrested 13 youths in Jos - Police