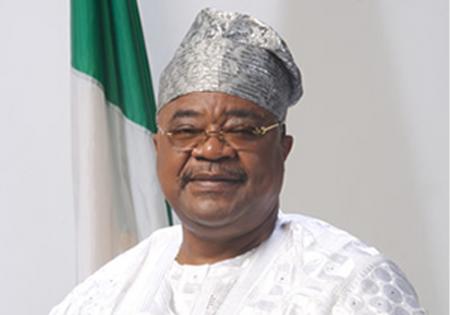 The life of former late Oyo state Governor, Otumba Christopher Alao-Akala demonstrated that “politics is local and as politician you can hardly get recognition if you are not celebrated at home”.

Alhaji Lai Mohammed, the Minister of Information and Culture made the remark on Saturday in Ogbomosho when he paid condolence visit to the family members of Alao-Akala who passed on Jan. 12 at the age of 71.

“He had become a recurring decimal of the political equation of his local environment since 1997 when he was the Chairman of Oyo North Local Government.

“One thing that I found a bit exciting and interesting about him is his personality to determine to a long extent, where the people of his local government will follow politically.

“I was amused to hear that in 1998 he emerged as a candidate of the ADP, not even AD or PDP in these same local government and he was always the man of the people.

“His life teaches us that at the end of the day all politics is local and you can hardly ever get recognition outside if you are not celebrated at home,” he said.

Mohammed said Akala used the opportunity of his strong local politics to attain the position of Governor of his state and gained recognition nationally and at the political party level.

He described the deceased as a humble, generous and easily accessible person who made impact and difference anywhere he found himself.

“I am here in my capacity both as a minister of the Federal Republic of Nigeria, a member of the ruling All Progressives Congress and as a personal friend and family friend of the late departed patriarch.

“It is no longer a secret that one of the wives of the late former governor, is a younger sister of my classmate.

“I remember with fond memory anytime I met the late governor, he will say ” my inlaw, should I prostrate? and I would respond that I am not worthy to receive such greetings from you sir.

“That was the kind of person he was even as governor and we will miss him dearly,” he said.

The minister prayed for peaceful repose of the soul of the late former governor and asked God to protect and preserve all those he left behind.

Hon. Olamijuwonlo, one of the children of the late patriarch, who responded on behalf of the family thanked the minister for the visit

Also on ground to receive the minister were the late patriarch wives, Florence and Oluwakemi and Hon. Olusegun Odebunmi representing Ogo Oluwa/Surulere Federal Constituency of Oyo state in the House of Representatives.

In the entourage of the minister were Mr Segun Adeyemi and Mr Williams Adeleye, both Special Assistants to the President attached to the Office of Minister of Information and Culture.

After his retirement in the Nigeria Police Force as an Assistant Commissioner of Police in 1995, Alao-Akala returned to his hometown of Ogbomoso to join politics.

He contested in 1998 for Chairmanship in Ogbomoso North Local Government, under the banner of All Peoples Party (APP) and he won the election.

In 2003, he was selected by the PDP, as a Deputy Governor to Senator Rashidi Ladoja in an election they won.

Alao-Akala became the Governor of Oyo State in January 2006, a position he occupied till May 2011.