Aviation fuel: ‘We have 3 more days to fly’ – Airline operators 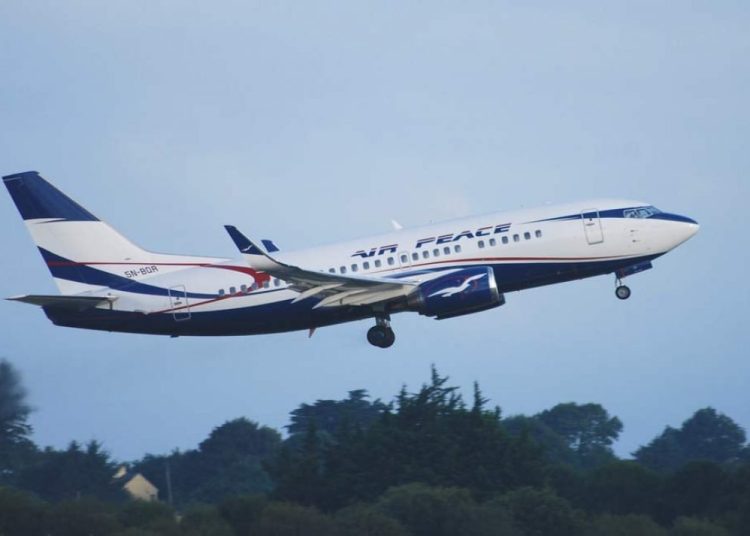 Airline Operators in the country on Monday said they had only three more days to fly due to the high cost of aviation fuel.

Mr Allen Onyema, the CEO of Air Peace, who spoke on behalf of the operators, said this during a public hearing by the House of Representatives ad hoc committee investigating the scarcity of aviation fuel in Abuja.

Onyema accused aviation fuel marketers of not speaking the truth about the actual landing cost of aviation fuel, adding that if drastic measures were not taken, the least air ticket would go for as high as N120, 000.

“If we continue this way, the least ticket you will have is about N120,000. And the marketers have refused to tell us how much is the unit cost of their acquisition.”

He urged the House of Reps to give operators of airlines the license to import aviation fuel, saying this would reduce unnecessary burden on the citizenry.

“What we are asking from the government is to give us the right to import aviation fuel. What others use in insuring one plane is what we use in insuring three planes in Nigeria, so the Nigeria airline is dead on arrival,” he said.

Rep. Ahmed Wase, the Deputy Speaker of the House of Reps, said that the committee was only after fact, as it was poised to protect the interest of Nigerians.

“We are not willing to compromise what is in the interest of our country,” he said

He, however, chided the marketers for speaking the language they did not understand in order to cover up some facts.

According to him, the marketers’ analysis are not correct based on the fact at the committee’s disposal.

He also querried why some government agencies would not be telling the truth about the scarcity and the high cost of aviation fuel, saying “we should be seen to protect the interest of Nigeria and not otherwise.”.

He said that the committee would ensure that the right thing was done in the interest of the country, adding that the basic tenet of governance remained the welfare of the people.

Rep. Toby Okechukwu, the Minority leader of the House, however, raised questions on what determined the marketers prices and why were they hoarding the product.

Okechukwu said that such actions by marketers were bringing a lot of dysfunction to the country’s economy.

“If we are saying that the landing cost of aviation fuel is N450 from Central Bank of Nigeria who approved it,” he said.

He also accued the Nigeria National Petroleum Corporation (NNPC) Ltd. for not knowing those managing the products.

He said the country had sufficient products that could go round, adding that the scarcity and the high cost remained the marketers challenge.

The Group Managing Director of the Nigeria National Petroleum Corporation (NNPC) Ltd, Mr Mele Kyari, said that it would consider granting licenses to operators of airline to import aviation fuel.

Kyari also agreed that aviation fuel would now be sold at N500 per litre contrary to the current N670 per litre.