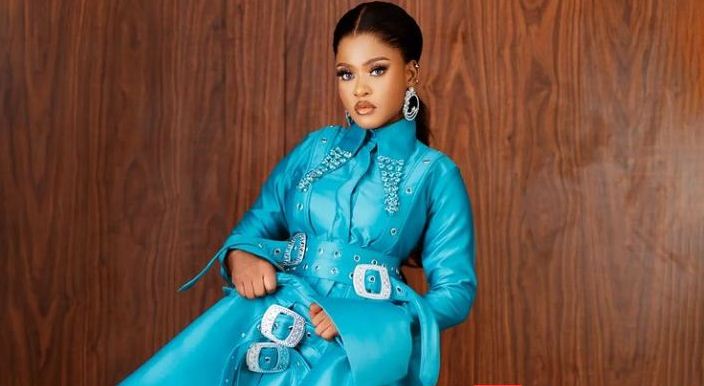 BBNaija 7, Level Up winner, Ijeoma Josephina Otabor, also known as Phyna, could not hide her excitement over her first trip outside of Nigeria.

In a video making the rounds on social media, the reality star was seen shouting happily about her trip to South Africa and then to Qatar.

According to her, it is her first time leaving Nigeria and people have not seen anything yet.

miriamfrimpong: “My girl keeping it REAL” je_suis_ukpahiuojo: “Disturb us please ”

michychantel: “Let us preparation ourself ooshe have a lot to show us.” sure_blessing: ” my baby”

TheNewsGuru.com (TNG) reports that Phyna is from Edo State, but she was born in Lagos State. She grew up in Edo State where she had her education.

She is a graduate of Engineering from Auchi Polytechnic.

Before entering the Big Brother Naija house, Phyna was a commercial model, who started her career from college and was signed by a modelling agency.

Phyna entered the 7th season of Big Brother Naija (Level Up) as the tenth housemate on 23 July 2022.

During the season finale of the show on 2 October 2022, she was declared the winner scoring 40.74% of the final votes ahead of Bryann with 26.74% of the total votes cast and was entitled to the ₦100 000 000 (one hundred million naira) grand prize, making her the second female to win the show, three years after Mercy Eke won it.

Phyna was announced the winner of Big Brother Naija season 7 after making it to the top two with former housemate Bryan.

The 25-year-old hype girl walked away with N100m grand prize— a cash prize of N50m and N50m worth of prizes from the sponsors. The final six housemates included Daniella, Chichi, Adekunle, and Bella, alongside the top two.