by TheNewsGuru
in News, Politics
Reading Time: 2 mins read
A A
0 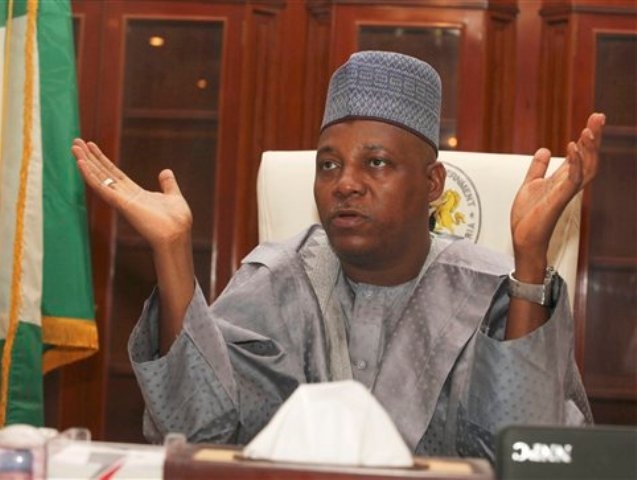 The Borno State Governor, Kashim Shettima, has claimed that despite the insurgency in the state, Maiduguri, the state capital, is safer than Lagos, Abuja and most state capitals in the country.

He stated this in Bauchi on Tuesday while addressing the Batch B National Youth Service Corps members deployed in Borno State, who are undergoing their orientation in Bauchi State.

The 1,387 corps members, deployed in Borno State, were sworn in on November 28 at their camp in Bauchi.

Shettima, while assuring them that Borno State was now peaceful, said, “With all sense of responsibility and honesty, I’m saying that the worst in Maiduguri is over. Borno is now on the path to sustainable peace.

“Maiduguri is now safe even more than Lagos, Abuja and many other state capitals in Nigeria.”

He added that the Federal Government and the state government were working to maintain the peace in the state as the fight against insurgency was getting to an end.

The Governor stated that despite some differences among Nigerians, they shared and were tied to a common destiny of making Nigeria great.

He noted that despite the seeming ideological, political and religious diversity of Nigerians, they should strive to ensure unity among themselves, which, he said, was the only way to put the country on the path of development.

Shettima informed the corps members that he was happy with their determination to serve their country by leaving their comfort zones and serving in the state.

He said the NYSC scheme would open their eyes to the reality of national coexistence, adding that the future of Nigeria rests on the shoulder of the youth.

The Governor promised to provide necessary assistance to the corps members, including an increase in their allowances and the provision of decent accommodation.

He commended the Bauchi State Governor, Mohammed Abubakar, for accommodating Borno State corps members and the assistance rendered to them.

The Borno State NYSC Coordinator, Alhaji Lawal Turawa, said the prompt intervention of the Bauchi State governor, which led to the relocation of the corps members to the new camp, saved what would have been an ugly situation.