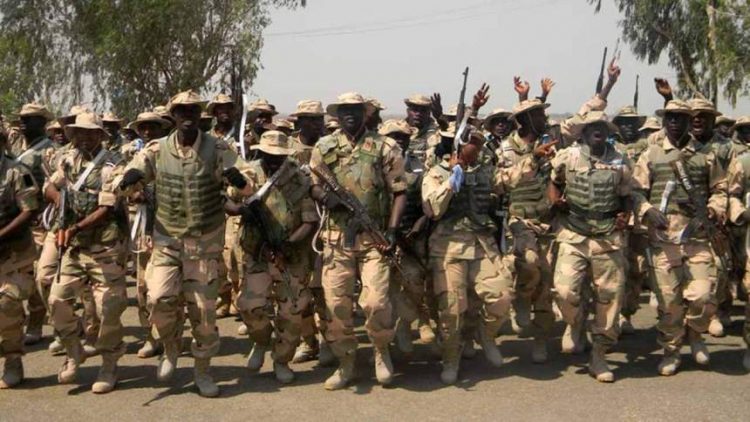 Somewhat ironically, I would never have believed in the hyped paradox of belonging to a nation called Nigeria, whose citizens are very religious, but rather prefer to celebrate its oddities than progression or golly. But of course, I live in this nation and through the years, I have incredibly realized that most Nigerians are repulsed to any good about their country.

Evil has been elevated to prime heights. We can organize generous fanfares in feting a national tragedy which touches on agony, blood and massive deaths. Trust us! We can even go extra miles to invite the remotest of friends and associates to partake with us, in this somehow, Luciferic feast to wine and dine. I have grudgingly come to accept this sad, but unassailable truth.

Ask for the reasons why some of us delight in carnivals of evil, but nothing worthy would be muttered. I mean, nothing tangible would be exposited as the reason for such a stab on their conscience and the soul of a nation. It will only take you some level of innately gifted ingenuity to decode that the celebrations are organized because a tragedy has befallen their nation. It’s difficult to rescue a nation populated by people with such psychological fixations.

And the organizers and partakers in evil against their country think, whoever is the leader of Nigeria, and in the instant case, President Muhammadu Buhari would be ridiculed, defamed and demeaned by it. They invoke so much of retributive justice on they’re wretched souls because a Nigerian leader is outside their political camp.

Much as we are learned and exposed, this idiosyncrasy has co-habited with us and it is thriving in our souls and spirits. Almost all of us behave as if, after we wittingly destroy Nigeria, there is another country reserved for us to inhabit.

Nigerians with such mindsets are recognized with multiple names and identities, depending on the sane mind observing their resentful games against our beloved country. We know them as operating under separate nomenclatures. They are opposers, wailers, detractors, haters, sabs, praise singers, sycophants, destroyers, heritage usurpers, ancestors of the nation, godfathers of Nigeria, politicians, or perpetual power monks. It all depends on the angle of anybody’s perception of these compatriots.

But the common denominator among them all is very shameful and disgraceful reality that once “A Government -In-Power” (AGIP) is outside their political bloc, the rest of us should be deprived of peace. So, it must be pulled down through grandeur conspiracies of evil.

And in their infantile minds, narrowed mindsets, malicious outings and completely nonsensical mouthing, they think, whoever leads the country must be dwarfed with frivolous criticisms. His efforts must be rubbished with meaningless pukes to fill an egoistic void.

I heard the celebrative moods of some Nigerians of the same regressive ilk, I earlier mentioned. Their very active agents posted and acolytates’ delightedly syndicated on traditional and social media platforms, videos of our gallant troops caught up in the web of fleeing terrorists at Buni Yadi – Buni Gari axis of Yobe State, in the Northeast a few days back.

Of course, no one is denying that troops of Combat Team 1, Operation Kantana Jimlan never encountered and fought terrorists while on routine patrol of vicinities within their jurisdiction. And in that outing, again Nigerian troops triumphed over the combined forces of Boko Haram/ ISWAP terrorists. Casualties were recorded on both sides mainly because it was an ambush on Nigerian troops.

But our troops did not disappoint me. Soldiers stood gallantly very firm and never allowed the terrorists to have a field day, despite the multiple Improvised Explosive Devices (IEDs), the cursed bloodsuckers planted on their path. Some soldiers (two) died in the process (may their souls rest in perfect peace) and others sustained injuries. Its also normal in the warfront. In war situations, the combatants expect anything and the worse can even happen.

Give and take, I think the performance of Nigerian troops at this specific incident deserves recommendation from all of us because insurgents of whatever hue were neutralized. It implies that they could not cause the large-scale damage as planned.

What I can’t discern are the stories and videos circulating on social media platforms. The cooked videos in that particular encounter, had images of soldiers’ blaming the COAS and leader of the counter-insurgency operations Lt. Gen. Tukur Buratai for failing to deploy airstrikes early enough, until the Boko Haram had dealt a severe blow on troops. Gen. Buratai is also in the same trenches with troops. From the skewed narrations by detractors, it’s easy to know, the fake news, hyped is all about destroying Gen. Buratai.

Its curious for a soldier in the battlefront and in the heat of war; I mean, a soldier who is under the “pressure” of enemy attacks, to have time to use his cellphone to record gory scenes of his defeat from attacks to circulate on social media platforms. It looks very unreal! But the wailing wailers spare no antics in this rough game.

Incredibly, the wailers and haters of the administration of President Buhari are gleefully circulating what in all nuance drapes with fakeness. We must not drag the hate on our country to such extents. It’s extremely uncharitable and unpatriotic.

But being the very peculiar human beings, we are famed, some disgruntled elements in their usual gyrations, passed the verdict that the war against terrorism and Nigeria’s final push against Boko Haram/ISWAP terrorists will be extended. No concrete reason is given by these detractors on why they think the last clearance operations against terrorists’ and their defeat would be stretched further. However, what I did not miss in the narrations was both the faint and strong voices of vilification or condemnation of Gen. Buratai.

Let me emphasize that those who took a satanic advantage of a video clip by some soldiers who suffered an ambush in an encounter with fleeing elements of Boko Haram as the basis of their celebration and generous conclusion about the extension of the counter-insurgency operations have goofed. Gen. Buratai is someone I know, who cannot be taken for granted. He is a soldier’s soldier any day you encounter him.

The wailers and haters of the Buhari Presidency are unexcited and indeed, melancholic that barely one month the troops led by Gen Buratai in the trenches of the Northeast have killed over 500 terrorists in quick succession. The sexed and publicized lamentation videos of soldiers is just the latest trick of the wailers to hit Gen. Buratai, blur the reality and confuse Nigerians.

Some of us have not lost focus of the actual reasons. The saboteurs’, Boko Haram sponsors, agents and sympathizers are angry that their business enterprise is facing a dire threat and coming to an end. The wailers are angry that money will stop silently snaking into their wallets in the business of promoting terrorism for a fee from external sponsors. They are burning with indignation within.

Unfortunately, it’s impossible to change destiny. Gen. Buratai is destined to end Boko Haram/ISWAP terrorism and no amount of malicious propaganda can frustrate him.

Useful advice now!It’ss early enough and the signals are visible that Boko Haram is on its way out of existence. So, the terrorprinterss should begin to scout for new busineuses to occupy their conscienceless souls. But as far as the blues from the theatre of war in the Northeast conveys, terrorism is no longer fashionable in Nigeria. It is merely struggling with its last and faint shadows of survival.

The terrorism entrepreneurs and wailing wailers will keep wailin like hapless armed robbers caught pants down in a cage during a sting operation by security forces. But the message must be clearly sounded that Nigeria has no space for Luciferic souls like them. Certainly, not under the Government of President Buhari.

Agbese is a publisher and human rights lawyer based in the UK. 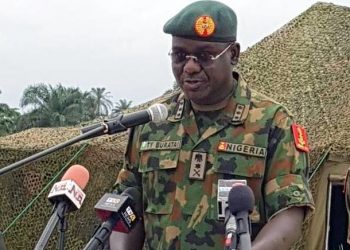 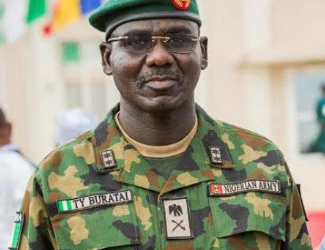 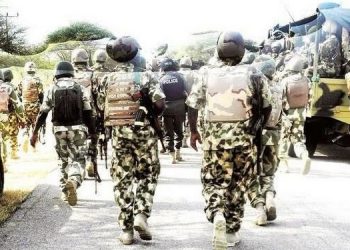 It will take miracle for Covid-19 to disappear - Adeboye