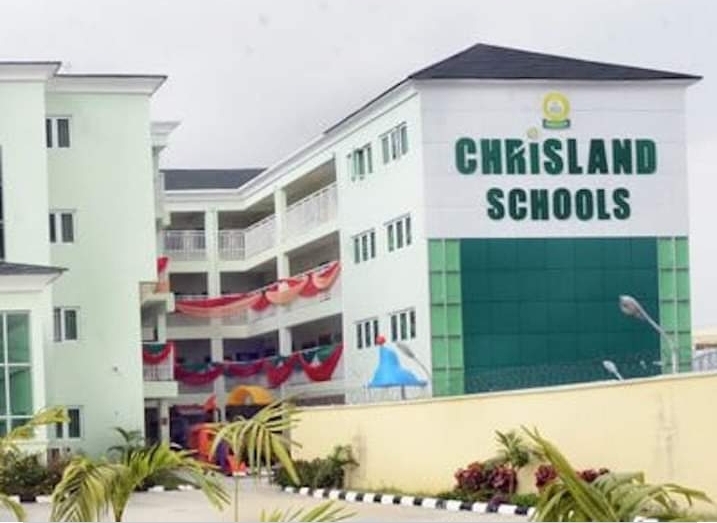 The Lagos State Government announced on Monday the shutdown of all Chrisland Schools in the State following an alleged s#xual v#olation involving some pupils during an international trip.

The school has at least seven branches in the State. The alleged s#xual v#olation happened when Chrisland school was in Dubai in March to take part in the World School Games, a four-day annual competition with schools from all over the world.

The statement read, “The attention of the Lagos State Government has been drawn to the alleged s#xual v#olence case involving students of Chrisland school.

“It is pertinent to note that all allegations are being investigated by the relevant Ministries, Departments and Agencies, including Ministry of Education, Office of Education QualityAssurance, Ministry of Youth and Social Development, Ministry of Justice and the Lagos State Domestic & S#xual V#olence Agency, whilst the criminal allegations have been escalated to the Commissioner of Police.

“We are committed to ensuring that adequate medical and psycho social support is provided.

“This is to reassure members of the public of the State Government’s commitment to safety and child protection, especially in ensuring that all child-centered institutions within the state, formulate and implement policies and systems that are compliant with the Executive Order (NO.EO/AA08 of 2016), Lagos State Safeguarding and Child Protection Program.

“We also use this medium to remind the general public on the implications pertaining to engaging in any visual depiction of s#xually explicit conduct involving a child commits an offence and is liable to custodial sentence of fourteen (14) years.

“This includes “producing, distributing, receiving, or possessing an image of child p#rnography” In the meantime, all Chrisland schools within Lagos State are hereby closed, pending further investigations”.

Chrisland school had suspended the 10-year-old female pupil involved in the act after accusing her of taking part in a truth-or-dare game in Dubai.

Pupils from the elite high school were in Dubai in March to participate in the World School Games between March 10-13, 2022. The school was celebrated for carrying out an impressive display and winning about 34 medals.

In the April 14, 2022, letter to the girl’s parent, authorities at Chrisland School in Victoria Island Garden City told the girl’s father that she took part in “improper behaviour” after playing the truth-or-dare game, describing her as a “major participant”.

“In line with our core values centred on discipline, Chrisland Schools have zero tolerance for any improper behaviour and misconduct,” the school said in a letter signed by its principal, Georgia Azike.

The school said other schoolmates who took part in the game had been suspended, adding that the girl and her parents did not cooperate during its investigation.

“Consequently, [name redacted) is hereby placed on indefinite suspension until you as the parents ensure that she is punished, adequately counselled and rehabilitated,” the school said.

The letter was obtained hours after social media claims about the matter emerged. Friends of the father said a pregnancy test had been conducted and the school initially hushed up the case.

A spokesman for Chrisland did not return a request seeking comments about the allegations.

The development came weeks after Sylvester Oromoni died under controversial circumstances at Dowen College, another elite school in Lagos.