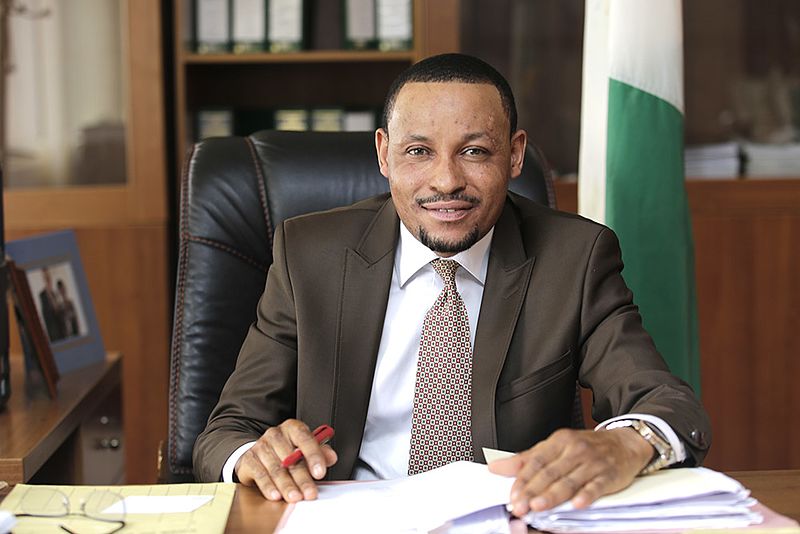 A Federal High Court in Abuja on Tuesday dismissed a suit by the Chairman of the Code of Conduct Tribunal, Danladi Yakubu Umar seeking to stop the Senate from probing him on alleged misconduct.

The Court held that as a public officer administering law, he is answerable to the Senate on moral standards.

Justice Inyang Eden Ekwo, in a judgment in the suit, ordered the CCT boss to go and appear before the Senate and answer questions on a public petition brought against him by an aggrieved citizen.

The judge held that his case seeking to stop the probe by the Senate lacked merit and was dismissed.

The alleged incident happened at the Banex Plaza in Abuja on March 29, 2021.

The court dismissed Umar’s suit on the grounds that it lacked merit as Umar had no cogent reason to stop the Senate from carrying out its constitutional functions.

Justice Ekwo held that Sections 88 and 89 of the 1999 constitution under which the CCT boss sought to be protected by the court did not confer any protection or refuge on him.

The judge said that as a public officer administering a law relating to the conduct of public officers, Umar had no reason to institute the suit to stop the senate from probing a public petition seeking justice.

The judge further said that Section 2 of the Code of Conduct Bureau Act exposed Umar to an investigation by the National Assembly more than any other Nigerian.

“As such, it will be illogical for him (Umar) to seek to stop the senate probe as doing so will give an impression that he is above the law”.

Justice Ekwo held that the declaratory reliefs sought by Umar for an injunction against the senate could not be granted because the case lacked merit.

The CCT Chairman had in a suit marked FHC/ABJ/CS/ 671/2021, challenged the powers of the senate and three others to investigate him in an alleged assault he perpetrated against a security guard at Banex Plaza in Abuja.

The four defendants in the matter were the senate, the senate president, Senate Committee on Ethics, Privileges and Public Petitions, and the Attorney-General of the Federation.

In the suit filed by his lawyer, Mr. Sunday Edward, Umar asked the court for an order of perpetual injunction restraining the senate from conducting investigations into allegations of assault levelled against him by a petition submitted to the senate.

He specifically asked the court to determine whether the alleged case of assault formed part of the matters the senate was constitutionally empowered to investigate.

He had also asked the court to determine whether the Senate and its committee were competent to investigate or invite him in relation to the investigation of the allegation of assault.

He asked the court to declare that the purported case of assault that took place on March 29, 2021, did not form part of the matters the senate was constitutionally empowered to investigate.

He further asked the court to declare that the senate’s moves to conduct an investigation in the matter were unconstitutional and amounted to the unwarranted usurpation of the functions of the police and of the court.

However, counsel to the Senate, Kafayat Suleyman had urged the court to dismiss the suit on the grounds that the senate had powers under Section 88 of the Constitution to investigate alleged misconduct by any public officer.

On May 4, 2021, Umar, appeared before the Senate Committee on Ethics, Privileges, and Public Petition.

This was in response to a petition submitted against him by Clement Sagwak, a security guard he allegedly assaulted.

Sagwak had, through his counsel, Timzing Ramnap, petitioned the Senate where he accused Umar of assaulting him.

The senator representing Plateau North, Istifanus Gyang, laid the petition before the Senate on April 29, 2021.

Umar was summoned by the panel and asked to come to defend himself.

When he appeared before the committee, the CCT chairman said he had not been served the petition.

He asked the panel to give him one week to study the detailed petition which was served on him at the session to “enable him to respond appropriately.”

He was, however, given two weeks to defend the petition against him.

2023 Presidency: Saraki says it is turn of North-Central