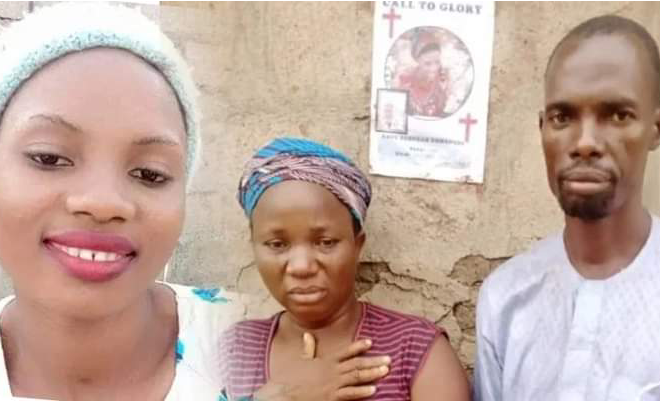 TheNewsGuru.com (TNG) reports Apostle Chibuzor made this known on Monday with the Man of God also promising to grant Mr Samuel, father of Deborah a payable job, and also open a shop for Deborah’s mum.

Recall that the father of Deborah, a 200-level student of the Shehu Shagari College of Education, Sokoto, who was burnt to death for alleged blasphemy, had narrated what her death would cost the family.

Tambuwal’s Commissioner for Careers and Security Matters defects to APC

Deborah’s father said he put everything into her schooling and could not afford to finance the education of her six siblings.

Apostle Chibuzor, seemingly touched by the family’s ordeal, has vowed to take up the upkeep of the family.

“I just watched a video clip where the parents of Deborah Samuel said they will not be sending there children to school again. GOD FORBID.

“Anyone with there contacts should inform them immediately that I Apostle chibuzor Chinyere the General Overseer of OPM Church is relocating them to port harcourt.

“They would be staying in one of the OPM free estates where they will never pay rent forever. All their children are given automatic scholarships in OPM Free schools.

“I will get the father a job and I will also open a shop for the mother. Please get in touch with them immediately,” Chibuzor stated on his official Facebook page.