The terrorists behind the terror attack on St Francis Catholic Church, Owo in Ondo State have been arrested.

“We have arrested those behind the dastardly act in Owo. The criminals were arrested in collaboration with other security agencies.

“It was my intention to present them to the public, but because of the investigation still going on, I had to change my mind.

“I will like to say that in due course, the world will see them and others who are behind other daring attacks in the country,” General Irabor said.

Recall that worshippers at the St. Francis Catholic Church were attacked and killed by gunmen during Sunday church service in June.

No fewer than 40 persons out of the 127 involved in the attack were killed, leaving 61 survivors, who were admitted to different hospitals in the State. 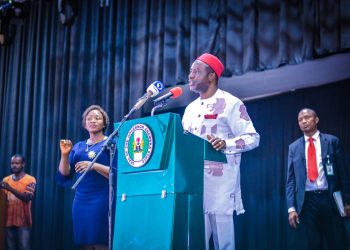