by Olaotan Falade
in Education, News
0 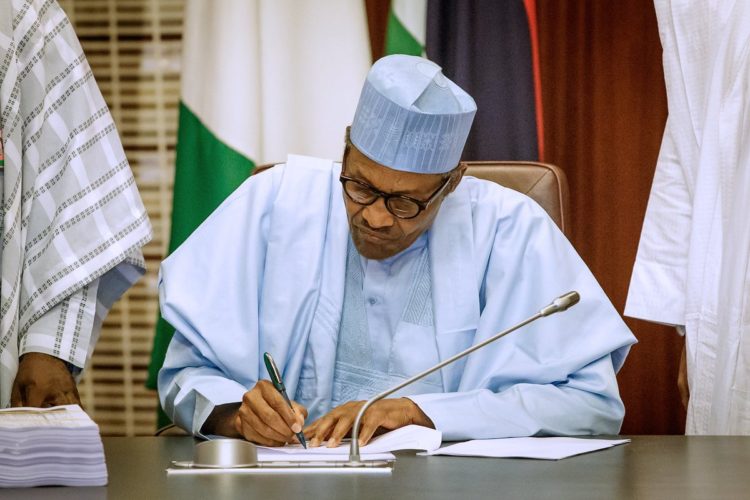 President Muhammadu Buhari has approved the dissolution of the Governing Councils of five federal universities in the country.

TheNewsGuru.com, TNG reports that the President also approved the reconstitution of the governing councils of the affected universities, the Permanent Secretary at the Federal Ministry of Education, Sonny Echono, announced in a statement on Thursday in Abuja.

According to the statement, the governing council of the University of Ibadan now has a former National Chairman of the All Progressives Congress (APC), Odigie Oyegun, as chairman, while Dr Masud Kazaure, Abba Yaro, Abubakar Maikafi, and Emeka Nwagbo are members.

The governing council of OAU is chaired by Oscar Udoji, while its members include Captain Bala Jibrin, Eugene Odo, Dr Lateef Babata, and Saidu Bako.

Echono noted that the chairmen and members of the governing councils of the five universities would be inaugurated by the Minister of Education, Adamu Adamu, on April 19.

He added that the vice-chancellors of the affected universities were expected to attend the inauguration ceremony which would take place in the nation’s capital.

Read the full statement below: 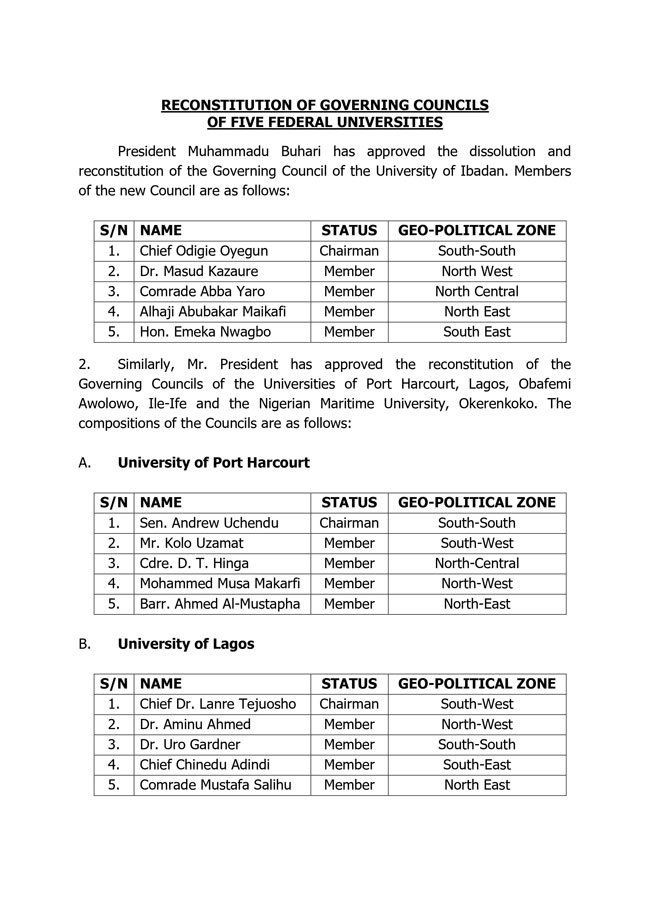 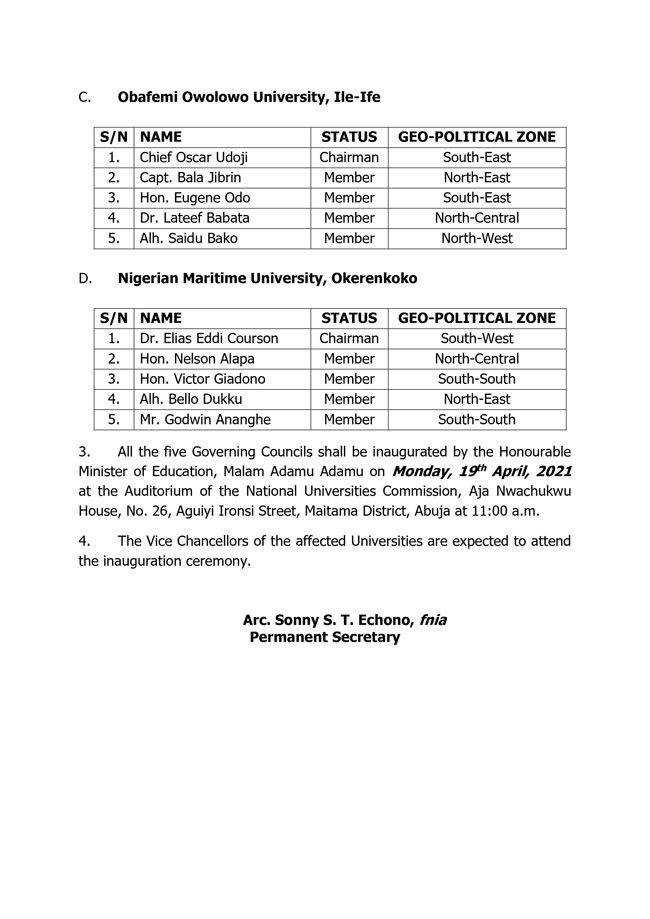 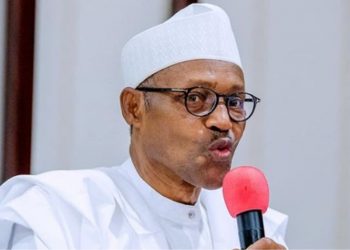 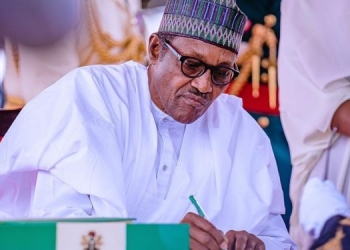 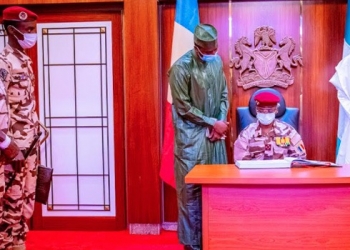 How we found one officer, 10 soldiers declared missing all dead in Benue - Nigerian Army