Catholic priests slam Buhari, say you have failed us 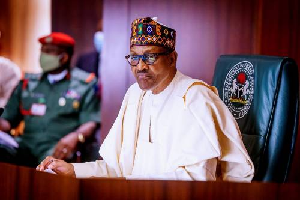 Catholic priests in the country have raised alarm over the growing state of insecurity in the country saying, the Federal Government under President Muhammadu Buhari, has failed in its primary duty of protecting the lives and property of Nigerians.

This reaction was informed by the increase cases of kidnapping, robbery and gunmen attack on innocent Nigerians.

SAD! Benue boils again as alleged herdsmen wipe out family of six, others

“We condemn the increasing attacks by suspected herdsmen, who have turned the country into a massive graveyard. If the president cannot keep our country safe, then he automatically loses the trust of the citizens. He should no longer continue to preside over the killing field and mass graveyard that our country has become.

“Nigerians call on the president to take drastic and urgent steps to reverse the ugly tragedy that threatens the foundation of our collective existence and unity as a nation. It’s clear to the nation that the president has failed in his primary duty of protecting the lives of Nigerians”, Ezehi said.

adding that the president should proffer solution to the increasing spate of killings and kidnappings across the country or step down.

Meanwhile, worried by the growing level of insecurity in the state with the recent kidnapping and killing of a Reverend Father and a hunter, the acting Governor of Edo State, Mr. Philip Shaibu, has given marching orders to all traditional rulers across the state to engage local hunters and vigilantes to flush out criminal Fulani herdsmen in all the forests in the state.

Odia, a Catholic priest, was murdered by his kidnappers in Ikabigbo, Etsako West LGA of Edo State.

Shaibu said; “I must agree with our cleric that the government has failed in its responsibility of securing lives and property. If the issue of security was tackled earlier enough, we would not get to where we are today. We must turn to God to help us now as our land is troubled and only God will heal our land.

“As a state government, we have decided to take our destinies into our hands and not push the blame. We are collaborating with security agencies and stakeholders in securing our state.

“We have involved religious leaders and vigilante groups, among others and have adequately equipped them to strengthen our security architecture. We want to secure the property and lives of our people.”

Also, Catholic Bishop of Auchi Diocese, Most. Rev. Gabriel Dunia, said: “I appeal to the federal, state and local governments, as the Lord has entrusted the leadership and security of Nigeria into their hands, to do the needful by protecting the lives and property of the people which is their primary responsibility.”

In the meantime, Edo govt tasks traditional rulers
It was gathered that over 20 forests across the three senatorial zones of the state have been taken over by suspected kidnappers believed to be criminal Fulani herdsmen and their local collaborators.

Arising from an emergency security meeting, which had traditional rulers, opinion leaders and security agencies, Shuaibu gave the directives.

Part of the resolution, which was made available to journalists, yesterday, also directed heads of the 18 LGAs in the state to provide stipends and needed resources for the vigilantes and hunters on a monthly basis to comb the forests and flush out the suspected criminals and that traditional rulers would henceforth be held responsible for any act of kidnapping and terrorism that occurs in their domains.

The resolutions read: “That everybody currently residing in any forest in Edo State in the guise of camping should vacate such areas with immediate effect. The acting governor has mandated all acting LGA heads to use all the security apparatus, including the police, army, vigilante groups, hunters and others to forcefully remove any erring groups or individuals within the next 10 days.

“That henceforth, any traditional ruler and village head who collects money from any herdsmen, therefore, permitting any form of camping or grazing in any Edo State forest should refund such money and ask the herdsmen to leave with immediate effect.”

The resolution also said that after, 10 days from the day of the meeting, traditional rulers would be held responsible for kidnappings in their areas.