The Senator representing Niger East at the National Assembly Mohammed Sanu Musa, who was one of the aspirants for the position of National Chairman of the All Progressives Party (APC), has explained that the decision of six contenders to withdraw from the race was taken in the interest of the unity of the party.

TNG had reported that six aspirants withdrew from the contest on Saturday to pave way for the former governor of Nasarawa State Abdullahi Adamu to emerge as the consensus candidate for the chairmanship position of the party.

Speaking during an interview on Arise Tv, Musa insisted no one was forced to accept a consensus.

“We decided collectively that for the unity of the party, we must come together and rally round Senator Abdullahi Adamu and make sure that APC come out stronger.

“Nobody is coerced to agree to the issue of consensus without his willingness…in our case as that of the office of National Chairman, Mr. President has spoken and he also rallied round ourselves and decided that we are doing this in the interest of the party.

“I believe that all other political office of the party will also reach consensus and where a consensus becomes very difficult, the party is a democratic party and I believe they will go to election. I believe consensus is a very good thing and one of the ways we can promote cohesion and unity among party members,” the senator said. 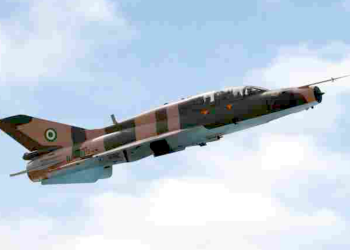