Critics thought my presidency would last only a year – Obama 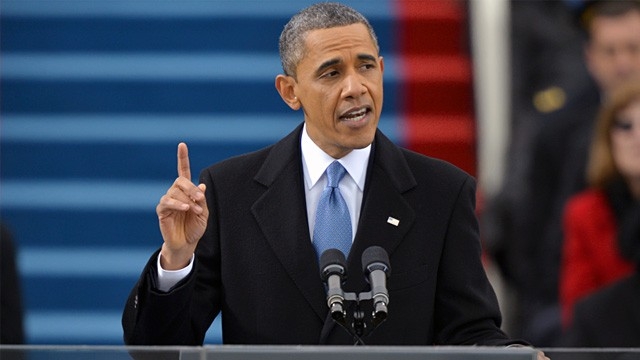 Outgoing U.S. President Barack Obama has disclosed that some people believe that he would not survive more than a year as U.S. President.

Obama disclosed this in his remarks at the 2016 Hanukkah Reception at the White House.

The Hanukkah is a Jewish holiday commemorating the rededication of the Holy Temple (the Second Temple) in Jerusalem at the time of the Maccabean Revolt against the Seleucid Empire.

“I want to say how much Michelle and I appreciate the opportunities to have celebrated so many Hanukkahs with you in the White House.

“You know, at the beginning of my presidency, some critics thought it would last for only a year.

“But, miracle of miracles, it has lasted eight years.

Hanukkah is observed for eight nights and days, starting on the 25th day of Kislev according to the Hebrew calendar, which may occur at any time from late November to late December in the Gregorian calendar.

It is also known as the Festival of Lights and the Feast of Dedication.

Obama remarked that “as many of you know, the name ‘Hanukkah’ comes from the Hebrew word for ‘dedication’.

“So we want to thank you again for your dedication to our country, to the historic progress that we’ve made, to the defense of religious freedom in the United States and around the world.

“Today in the White House, as you will soon do in your homes, we recall Hanukkah’s many lessons: How a small group can make a big difference.

“That’s the story of the Maccabees’ unlikely military victory, and of great moral movements around the globe and across time. How a little bit can go a long way, like the small measure of oil that outlasted every expectation.

“It reminds us that even when our resources seem limited, our faith can help us make the most of what little we have.

“The small State of Israel and the relatively small Jewish population of this country have punched far above their weight in their contributions to the world. So the Festival of Lights is also a reminder of how Isaiah saw the Jewish people, as a light unto the nations.”

According to him, this is the season that we appreciate the many miracles, large and small, that have graced our lives throughout generations, and to recognise that the most meaningful among them is our freedom.

“The first chapter of the Hanukkah story was written 22 centuries ago, when rulers banned religious rituals and persecuted Jews who dared to observe their faith.

“Which is why today we are asked not only to light the menorah, but to proudly display it – to publicise the mitzvah. And that’s why we’ve invited all these reporters who are here.”

He said that everybody in America could understand the spirit of the Hanukkah tradition.

“Proudly practicing our religion, whatever it might be – and defending the rights of others to do the same – that’s our common creed.

“That’s what families from coast to coast confirm when they place their menorah in the window ‘ not to share the candles’ glow with just your family, but also with your community and with your neighbors.

Recall Obama made history when he was inaugurated as the 44th U.S. President on Jan. 20, 2008 as the first Black man in the history of U.S. to achieve such enviable feats.

The former Illinois senator, who still receives high popularity ratings among Americans, won re-election for the second and last term in 2012 and will be out of office on Jan. 20, 2017.