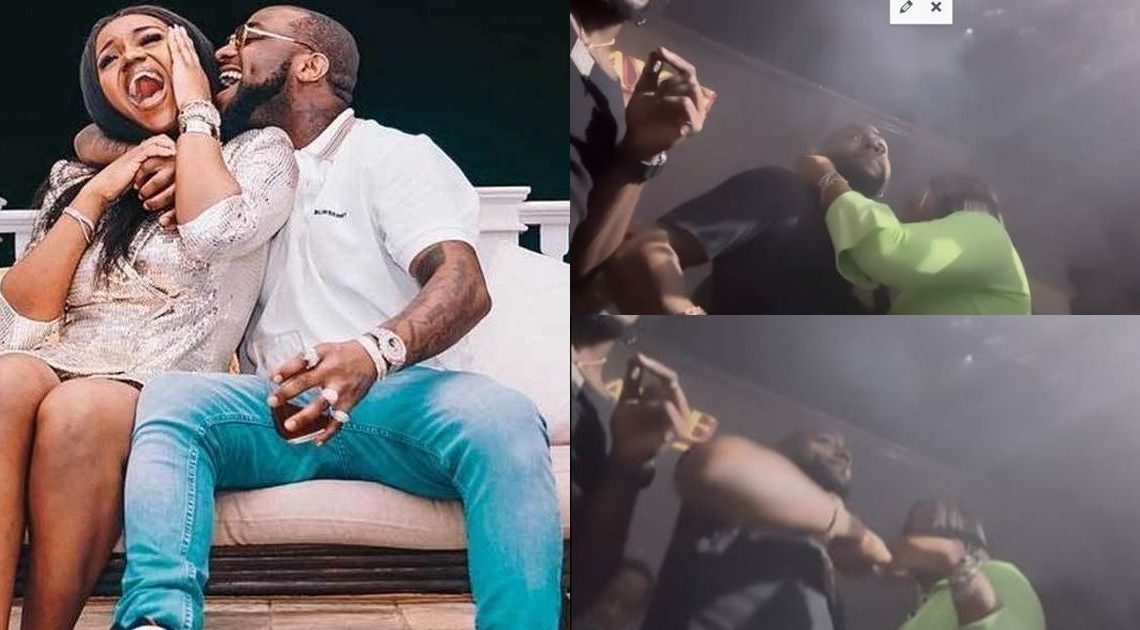 Superstar Afrobeats singer, Davido Adeleke, aka davido, has proven any separation rumor with his babymama, Chioma Rowland, to be false as he shares a loved-up video with her.

This came amidst unending rumors of their separation even though the duo never at any point confirmed or deny the claims.

It would be recalled that Chioma on Sunday spent time at church with the singer who had not stepped foot in the ministry in three years.

The most recent clip on Davido’s Instagram story captured the loved-up moment he had with Chioma Rowland at the club.

The duo could be seen holding on to one another heart-to-heart as they playfully make a pinky swear.

When in 2018, Davido released his single, Assurance, a lot of people did not take time to figure out that the song was a dedication to his Chioma.

Chioma and Davido started dating in late 2017 and went exclusive the following year. A relationship that was already causing tongues to wag, suddenly became the talk of the town in 2018, after rumours emerged that Chioma was madly in love with Davido, that she had to skip classes, in order to be with the pop star on his various tours and shows, around the world.

Davido, on his part, did everything to show the world how serious he was about Chioma, including buying her a Porsche car as a gift on her birthday.

A year later, Davido took it a step further by proposing to Chioma, days after their introduction. They welcomed their son, Ifeanyi, also in the same year.

Davido and Chioma, according to people’s expectations, actually had a family introduction in September 2019, preparatory to their wedding in 2020, but came Coronavirus, when a lot of plans were put on hold.

The marriage too was hung in the air. However, in some interviews in 2020, Davido informed the public that the marriage could happen the following year, but hardly had his words sunk in, before rumours began flying around in the social media of a pending crisis in the once beautiful relationship and the rumours reached its peak, in December 2020, when Davido hosted an American model, Mya Yafai in Lagos.