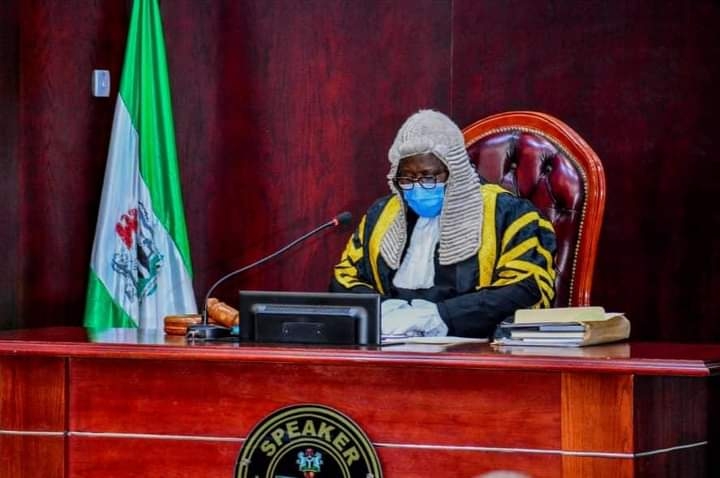 This followed the adoption of a motion by the Majority leader, Chief Ferguson Onwo and seconded by the Deputy Speaker, Mr Christopher Ochor at Tuesday’s plenary in Asaba.

The house also granted another request for a N1.2 billion loan from Globus Bank Limited to provide counterpart funding for 2022 Universal Basic Education Programme (UBEC) projects in the state.

This also followed the adoption of a motion by the Majority Leader and seconded by Mr Emeke Nwaobi (PDP-Aniocha North).

The governor had transmitted a letter to the House seeking approval for the N4 billion loan.

Okowa said that the loan which would be taken from Globus Bank Limited or any other financial institution, would be used for the construction of affordable homes across four locations in the state.

He said that the approval being sought was in fulfilment of one of the conditions for family homes funds limited to proceed with the construction of 779 affordable homes in the state.

Okowa said that the homes would be located in Kwale in Ndokwa East, Ekpan in Uvwie, Ibusa in Oshimili North and Owa-Ekei in Ika North East local government areas of the state by Family Homes Fund Limited (FHFL) under the proposed national social housing programme.

The governor said that the initiative was geared toward addressing the housing deficit as well as meeting the welfare needs of the people of the state.

Okowa said that the State Executive Council at its 10th meeting of Sept.15 considered and approved the N4 billion loan from Globus Bank Limited.

“This letter is to seek the authorization of the Honourable House for Delta government to accept the loan facility from Globus Bank Limited or any other financial institution and issue an appropriate Irrevocable Standing Payment Order (ISPO) in favour of the accepting Bank to defray the loan,” he said.

Okowa also transmitted another letter seeking permission to take a N1.2 billion loan for counterpart funding of UBEC projects in the state.

”Considering the state’s limited cash-flow at the moment, vis-a-vis the current Monetary Policy Rates released by the Central Bank of Nigeria (CBN), it became necessary to seek a financial option that will ensure the state benefits from the UBEC grant by meeting its obligations at favourable terms and conditions.

”Incidentally, Globus Bank Limited has indicated interest in providing the state with the required fund, having submitted an offer letter reflecting terms considered favourable to the state, in light of the current economic realities.

”The loan would be paid  back in 12 months. Sequel to the foregoing, the State Executive Council at its 10th meeting held on Sept. 15, 2022 considered and approved that the State government obtains N1.2 billion loan facility from Globus Bank Limited as counterpart fund matching grant for 2022 UBEC projects in the state,” he said.