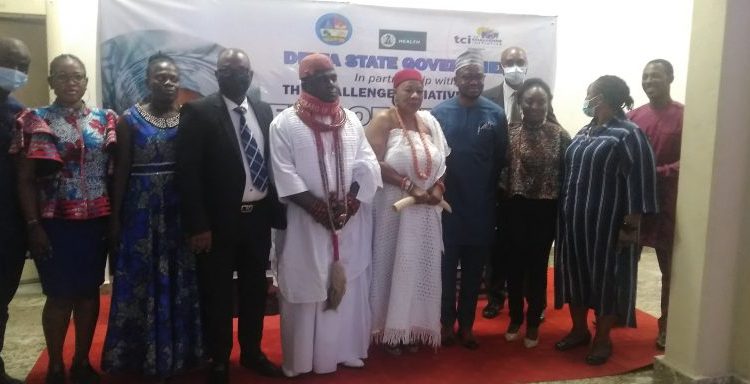 The Delta Government has appropriated N50 million to boost family planning in the State this year.

The appropriation is coming on the heels of the withdrawal of The Challenge Initiative (TCI) from a four-year-old family planning programme in which it served as facilitator.

At a valedictory session on Wednesday in Asaba to mark TCI close-out meeting with Delta State, Dame Edith Okowa, the wife of the State Governor, pledged to sustain the programme.

Represented by the Permanent Secretary, Ministry of Health, Dr Ejiro Ogheneaga, the governor’s wife said she would ensure that women and children benefited from the gains of the TCI family planning and reproductive health programme.

According to her, the state budget line for the family planning in year 2020 was N20 million and was released in full.

She expressed confidence that the Gov. Okowa-led administration would sustain the programme while lauding TCI for its unusual business initiative which has improved lots of the agency’s activity and ensured result.

In his message, the permanent secretary, represented by Dr. Christian Tetsola, Director, Planning, Research and Statistics, said more women have adopted modern contraceptives as their family planning methods across the state.

Ogheneaga said that as at December, 2020, a total of 74,660 women were using the contraceptives.

He said TCI made huge impact in family planning and reproductive health in the state, adding that the gains would be sustained by the state government.

According to him, the increase in the number of new acceptors was as a result of vigorous demand strategies deployed by TCI through community volunteer engagement and family planning in-reaches.

“TCI has being in the state for the past four years, working in collaboration with government and other stakeholders, to create awareness and encourage the use of family planning methods in various communities.

“In this period, the number of additional women using modern contraceptives annually has increased from 31,315 in 2017 to 74,660 as at December 2020 and this was largely due to vigorous demand generation strategies deployed through community volunteer engagement (58 per cent of persons reached received FP Services) and FP In-reaches”.

He stated that TCI has been able to build capacity of the drivers of the programme for the state to take ownership and improve coordination and harnessing all the resources at its disposal, including other partners support.

“I am confident that the gains made will be sustained as His Excellency, the Governor of Delta State, Dr. Ifeanyi Okowa, has shown consistent support for Reproductive, Maternal, Newborn, Child and Adolescent Health and Nutrition (RMNCAH+N) Programmes in the state.

“In 2017, the Reproductive Health (RH) and Family Planning (FP) programme in Delta State experienced a significant change with the commencement of implementation of the Saving One Million Lives Programme for Result (SOMLPforR) and at the same time, securing The Challenge Grant.

“Indeed, this was the first result of the SOMLPforR in the state as it provided the required counterpart contribution for the award; the benefits which we are gladly sharing today and even hereafter.

“TCI has also provided robust technical assistance to the FP programme in addition to the financial award,” Ogheneaga said.

In his goodwill message, Dr Victor Igharo, Director TCI- Nigeria said Delta and Bauchi States have graduated from the programme after four years of fruitful and eventful partnership, adding that TCI is currently partnering 14 states in the country.

He, however, assured that TCI as a partner would always be there for the states should they need any support.

The high point of the occasion was the presentation of plaques and certificates of in appreciation to various groups by the TCI Director.