Don’t be deceived by ‘kindergarten politicians’ – Oyetola to Osun electorate 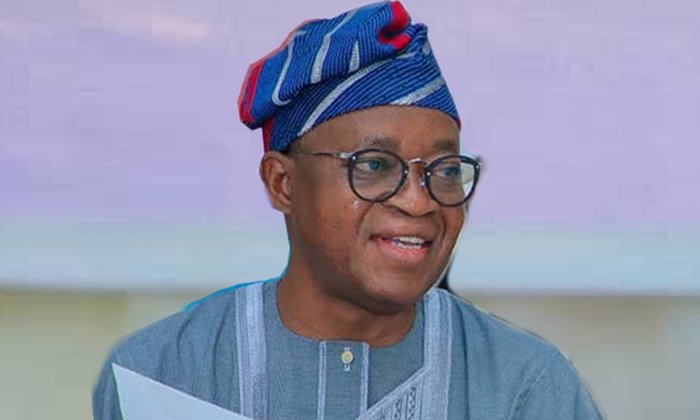 Gov. Gboyega Oyetola has urged Osun electorate not to allow those he described as “kindergarten politicians” to deceive them ahead of the July 16 governorship election.

Oyetola said this during an engagement programme with the All Farmers Association of Nigeria (AFAN) in Odo-Otin Local Government Area (LGA) of the state on Sunday.

The governor was represented at the event by Mr Olatunbosun Oyintiloye, his Special Assistant on Civic Engagement.

He urged the electorate not to be deceived by untested politicians whose aims were to destroy the gains the state had achieved in the last few years.

According to him, the business of governance is not meant for the novice, but rather, the intelligent.

Oyetola noted that people of the state could testify to the progress and development his administration had brought to the state in the past three years.

The governor who said that some politicians would soon be all out with campaign of deceit urged the electorate to always remember that he had not failed them in anyway since the inception of his administration.

“Election is fast approaching and I want to appeal to the electorate not to allow inexperienced politicians to deceive them with fake promises.

“We have been together going to four years now and you can testify to the fact that I have not failed in any of my promises to you.

“You know me and I know you. Let’s join hands together to win the forthcoming gubernatorial election for me and like before, you will not be disappointed,” the governor promised.

Oyetola, who appreciated the people of the state for their support and prayers for his administration, urged them not to relent in their support for him, before, during and after the coming election.

To the farmers, the governor said his administration would continue to support them with necessary farm inputs and implements.

The governor, who noted his administration distributed more than 100,000 cocoa seedlings to about 1,000 farmers in the state last year, said more of such would still come.

He noted that agrochemicals, hand-spraying tools, limes and other farm inputs, were also given to the farmers during the period.

The governor further explained that government had last year set aside 1000 hectares of land for farming to boost food sufficiency and make the state the food basket of the South-West zone.

He said a large part of the land located in Ife South and Ifon-Osun in Orolu LGAs, had been ploughed and that more than 200 farmers benefitted from it.

The initiative, according to him, is to rejuvenate the agricultural sector by making it more attractive and productive to farmers, particularly the young ones.

Oyetola said such good gestures and more would come for the farmers, if re-elected.

In his remark, Mr Popoola Akolawole, the AFAN Chairman in the area, commended the governor for his support for farmers in the state.

Akolawole, however, urged the government to continue supporting the farmers with the necessary farm inputs, adding that they were also ready to support him in the coming election.