by Emman Ovuakporie
in News, Top Story
Reading Time: 5 mins read
A A
0 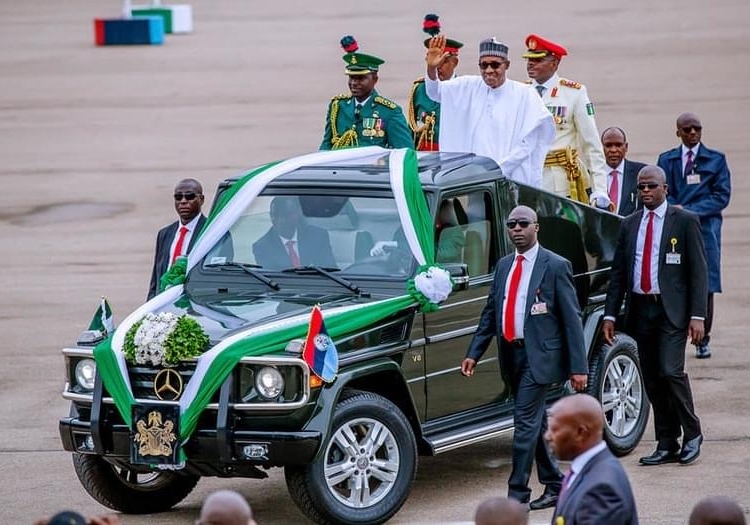 …demands an urgent redress of the situation

…as Sanwo-olu, Wike, Akeredolu, others bag award for courage

The Church of Nigeria Anglican Communion rose from its four day Standing Committee (The highest policy making of the church made up of the house of Bishops , Clergy, Laity and Bishop wives) in Lagos and issued a seven-point demand on the State of the Nation.

The Church made a special appeal to the Federal Government and the federating units to urgently find a panacea to the terrible state of insecurity in Nigeria before it snowballs into an alarming situation.

On external debt, without mincing words the body said:”The Church is concerned at the rate at which government is borrowing, thereby increasing the national debts portfolio.

“The Standing Committee urges government to exercise restraints in further borrowing so as not to jeopardise the future of all Nigerians.

THE COMMUNIQUE ISSUED AT THE END OF THE STANDING COMMITTEE MEETING OF THE CHURCH OF NIGERIA (ANGLICAN COMMUNION) HOSTED BY THE DIOCESE OF LAGOS, AT ARCHBISHOP ADEBOLA AND OLURANTI ADEMOWO RESOURCE CENTRE, FAITH PLAZA, BARIGA, LAGOS STATE, FROM MONDAY, 20TH TO FRIDAY, 24TH SEPTEMBER 2021.

PREAMBLE: The Standing Committee meeting of the Church of Nigeria (Anglican Communion) which was held from Monday, 20th September to Friday, 24th September, 2021 was presided over by the Most Reverend Henry Chukwudum Ndukuba, Archbishop, Metropolitan and Primate of All Nigeria, accompanied by his wife and National President of the Mother’s Union, Mrs Angela Eberechukwu Ndukuba, attended by 163 Bishops, 151 Clergy and 97 lay delegates. Also in attendance were 4 Bishops from the Province of the Anglican Chruch in North America (ACNA), led by its Primate and Chairman of the Global Anglican Future Conference (GAFCON), the Most Reverend Dr Foley Beach.

THEME: The theme, “Abiding in Christ: God’s Panacea in an Unstable World,” was taken from John 15: 1 – 8. The theme was exhaustively exposed through the Primatial Address, Bible Study and Sermons. The meeting calls on Christians to abide in God as the only panacea in an unstable world.

INSECURITY AND INSTABILITY IN NIGERIA:

The Church expresses its sympathy to the communities affected by violence and issues of insecurity in various dimensions, spreading all over the country. The church laments the gruesome killing of one of its clergy in the Diocese of Orlu, the Rev Emeka Merenu. It calls on the Government at various levels to take actions that would restore confidence in its ability to protect lives and stem the tide of despair and hopelessness, urging them to ensure that the killers are identified and brought to book. The unabated kidnapping of school children in the country portends grave danger not only to the education of our children but also to the nation’s development. The

church condemns the fragile state of National insecurity due to religious extremism, terrorism, violence, attacks and killings all over the country; and urging it to urgently rise to address the situation.

NEW WAVE OF COVID-19 PANDEMIC: The Standing Committee bemoans the unfortunate situation which the case of ‘Corona Virus December 2019’ (COVID-19) pandemic brought to the world. The Church appreciates the Government’s efforts to vaccinate the people against this pandemic and wants the efforts to be taken to all parts of Nigeria. The Standing Committee therefore calls on everyone to take precautionary measures and observe all protocols of COVID-19 and its variants.

EDUCATION AND JOB CREATION: The Church calls on the government to make efforts at addressing issues of youth unemployment. The Standing Committee, therefore, urges the government to make Nigeria attractive to Foreign Investors. It proposes a re- orientation in our educational system that will be relevant in the contemporary world. In this direction, the Church of Nigeria (Anglican Communion) has decided to establish the Anglican University of Technology.

ECONOMY AND INDUSTRIAL ACTIONS IN NIGERIA: The Church notes that the regularity of industrial actions in Nigeria is alarming, adversely affecting the economic development of Nigeria. The Standing Committee recommends that all stakeholders involved in industrial relations should adopt Conciliation/Mediation and other Alternative Disputes Resolution (ADR) mechanisms. The Standing Committee urges the Government to endeavor to keep the agreements reached at the roundtable conference between them and various organisations.

INFRASTRUCTURAL DEVELOPMENT: The Standing Committee commends the Federal Government on diversification of the nation’s transport system by the introduction of rail transport and the ongoing construction of the second Niger Bridge. It calls on the government to expedite actions to complete the projects. However, the Church is worried over the durability of some of the roads constructed.

EXTERNAL DEBTS: The Church is concerned at the rate at which government is borrowing, thereby increasing the national debts portfolio. The Standing Committee urges government to exercise restraints in further borrowing so as not to jeopardise the future of all Nigerians.

ELECTIONS IN NIGERIA: The General elections will hold again in Nigeria in 2023. The meeting encourages all Christians to be involved in the electoral processes. The Church admonishes the National Assembly to revisit the issues of Direct-recording electronic (DRE) voting system. As the gubernatorial election approaches in Anambra State, the Standing Committee, enjoins all stakeholders to embrace equity, justice, fairness, and good conscience in all political permutations and engagements.

AGITATIONS: The Church observes that many are clamouring for self-determination because of varying forms of injustice in governance in the country. It therefore urges government to initiate dialogues and inclusive governance to address the reasons for the agitations and stop gagging people with opposing views.

HEALTHCARE: The Standing Committee calls on the Government to urgently redress the lapses in the country’s health system. It urges the Nigeria Centre for Disease Control (NCDC) to as a matter of urgency, establish functional centers in the six geopolitical zones.

WAR AGAINST DRUG ABUSE: The Church observes with grave concern one of the monsters confronting our nation as drug abuse and addiction. Nigeria is fast becoming a major drug hub in the world. The Standing Committee commends the Federal Government for efforts of ‘National Drug Law and Enforcement Agency’ (NDLEA), in curbing drug trafficking. The church has gone further in supporting the efforts of the Government by declaring a war against drug abuse and addiction through her initiative called ‘Anglican Compassion and Development Initiative’ (ACADI).

AFGHANISTAN: The Church stands with the Christian believers in Afghanistan, and calls on the international community to prevail on the powers in Afghanistan to respect the peoples’ Fundamental Human Rights of Freedom of Religious Faith and Practices.

CONCLUSION: In line with the theme of the Standing Committee, it is necessary to die to sin but alive unto God through Jesus Christ our Lord and the obedience to the Word. This will enable all Christians to abide in Christ in this unstable world and in our nation Nigeria that is passing through a very challenging time.