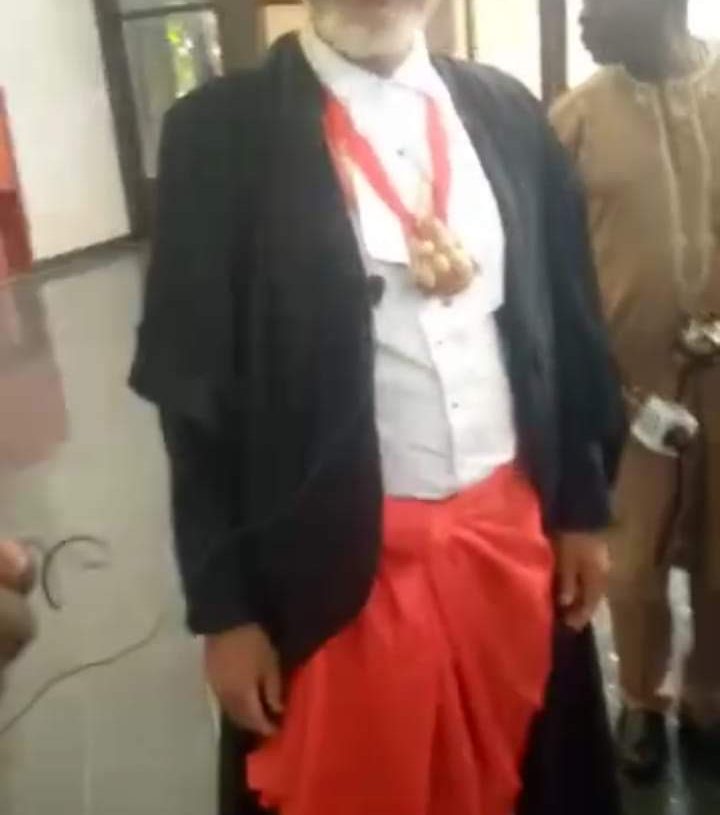 There was drama at the Supreme Court of Nigeria as Human Rights Lawyer, Chief Malcolm Omirhobo, stormed the court dressed in the apparel of an ‘olokun’ priest.

His action according to him was informed by the decision of the Apex Court that ruled that muslim students can wear Hijab to schools in Lagos.

TheNewsGuru.com, (TNG) gathered that when the learned lawyer walked into the Supreme Court, the Justices looked up in shock, looked at themselves and without a word, went on recess. 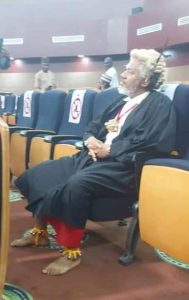 TNG recalls that the Apex Court had last week Friday approved that female Muslim students to wear hijab to school in Lagos State. 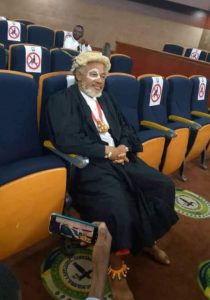 Five out of the seven members of the court’s panel which sat on the case ruled in favour of hijab while the two remaining members dissented.

The majority decision affirmed the earlier Court of Appeal’s decision which restored the use of hijab by female Muslim students in Lagos State.

The case involved the Lagos State Government as the appellant and Asiyat AbdulKareem (through her father), Moriam Oyeniyi, and the Muslim Students’ Society of Nigeria as the respondents.

Justice Grace Onyeabo of the Lagos State High Court had in a judgement, on October 17, 2014, upheld the state government’s decision to ban the use of hijab in public primary and secondary schools in the state.

But the High Court’s decision was upturned by the Lagos Division of the Court of Appeal in a judgement delivered on July 21, 2016.

In a unanimous judgement, the appeal court panel ruled that the ban on the use of hijab in public schools in the state was discriminatory against Muslim pupils.

Displeased with the judgement, the Lagos State government attempted to obtain a stay of execution of the Court of Appeal’s decision but failed.