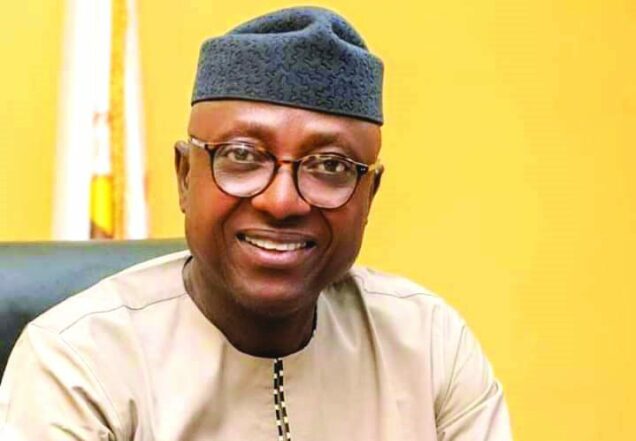 The cause of death of the late Speaker of Ekiti House of Assembly, Mr. Funminiyi Afuye has been officially revealed.

This is contained in a statement by Mr Yinka Oyebode, the Chief Press Secretary to Gov. Biodun Oyebanji in Ado-Ekiti on Wednesday.

According to Oyebode, Afuye died on Wednesday evening at the Ekiti State Teaching Hospital (EKSUTH), Ado-Ekiti, where he was receiving treatment after suffering a Cardiac arrest.

The late Speaker, 66, was a former Commissioner, Ekiti State Ministry of Information and two-time member of the State Assembly.

“He was inaugurated Speaker of the sixth Assembly on June 6, 2019,” Oyebode said.

Meanwhile, the State House of Assembly, in a statement by Mrs Yemisi Ayokunle, the Chairman, House Committee on Media and Publicity, said that the late speaker died during a brief illness.

Ayokunle said that the assembly has declared a seven-day mourning period in his honor.

She said that it was also directed that flag in the Assembly complex should be flown at half mast.

Ayokunle described late Afuye as “an embodiment of courage, excellence and a highly committed man to public service” adding that he would be greatly missed.