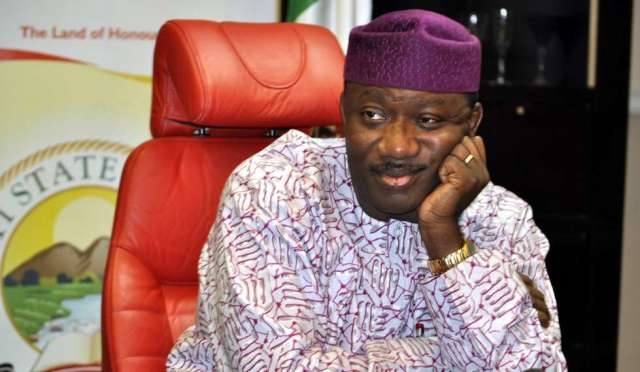 Gov. Kayode Fayemi of Ekiti has approved the dissolution of boards and commissions in the state.

The is contained in a circular in Ado-Ekiti signed by Mr Tajudeen Adejumo, the Permanent Secretary, Office of the Secretary to the State Government.

It said the dissolution excluded Statutory Commissions spelt out in Section 197 of the Constitution of Federal Republic of Nigeria, 1999, as amended.

Other appointees whose appointments were also terminated by the circular include special advisers, who are not cabinet members; technical advisers; director-generals; coordinators; and other heads of non-ministerial offices.

The circular noted that the dissolution was to ensure adequate preparation to usher in the incoming administration and fast-track early processing of the terminal benefits of political office holders.

The circular urged the affected officials ”to hand over all government property in their possessions to the accounting officers or the most senior career officers in their Ministries, Departments and Agencies”.

Fayemi will handover to his successor, Mr Biodun Oyebanji, on Oct. 16, having won the June 18 governorship poll as the standard bearer of the All Progressives Congress (APC).

Fayemi had earlier approved the termination of the appointment of all his political aides.

A memo signed by Secretary to the State Government, Mr Foluso Daramola in Ado-Ekiti, at the weekend, said that Fayemi approved the termination of the appointment with effect from July 31.

According to the memo, the action was in consonance with the state’s transition law, adding that it was also to ensure payment of entitlements of the affected political office holders and their terminal benefits.

The memo further stated that the action would paved the way for the state government to process all outstanding allowances to the affected officials for a smooth transition from the incumbent administration to the new government.