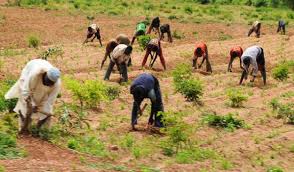 Unknown gunmen in Ago-Aduloju area of Ado Ekiti area of Ekiti State, has shot dead a poultry farmer in the state.

It was gathered that the farmer had just rounded off work on his farm and entered his vehicle but unknown to him the evil men were already waiting for him.

The farmer was said to have been shot in the head while the killers fled.

In his words: “A distress call was received yesterday being 09/03/2022 at about 18:30hrs by Odo Ado division that a man was shot by two unidentified gunmen right in front of his poultry farm at Ago Aduloju area.

” A team of police personnel moved to the scene where the victim was met in the pool of his blood.

“He was immediately rushed to the hospital where he was confirmed dead by a medical doctor.”

Abutu explained that investigation had commenced to unravel the identities of the perpetrators, arrest and “bring them to book”.

UK sanction: I feel sorry for Tuchel and Chelsea – Guardiola

UK sanction: I feel sorry for Tuchel and Chelsea - Guardiola

Defection: All set to adopt final address in suit to remove Matawalle as Governor