by Bayo Millz
in News, Technology
Reading Time: 2 mins read
A A
0 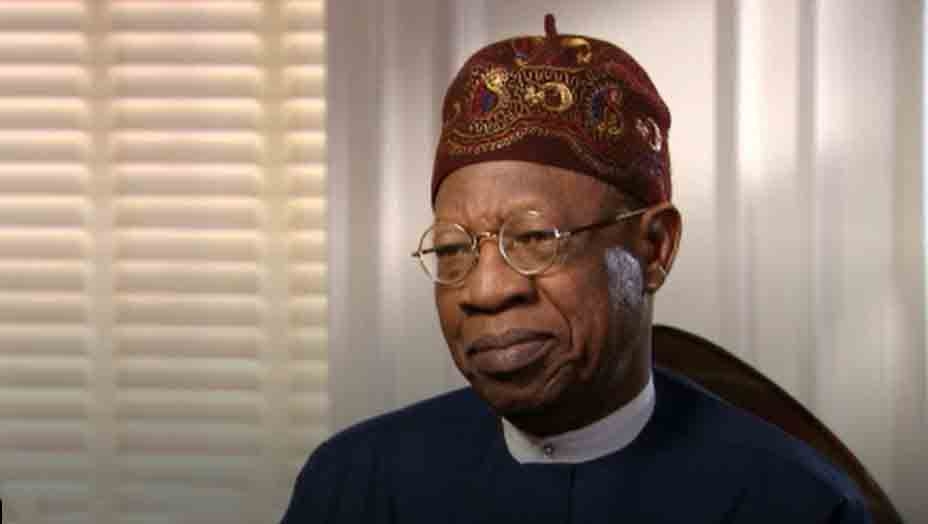 The Federal Government has commenced the implementation of the Whitepaper on the Digital Switch-Over (DSO), which prohibits terrestrial Pay TVs from self-carriage of their signals.

The Minister of Information and Culture, Alhaji Lai Mohammed disclosed this on Monday in Abuja, at the signing of a Memorandum of Understanding (MoU) between Integrated Television Services (ITS) Ltd. and NTA-Star.

ITS is one of the two federal government licensed signal distributors in the DSO project – transition from analogue to digital television broadcasting – the other is Pinnacle Communications Ltd.

The terrestrial Pay TVs, to be affected by the embargo , are Startimes and GoTv, while the analogue terrestrial stations like Channels, NTA, AIT, TVC, and stations , owned by states, will also be wholly contents providers.

Speaking at the event, the minister said: “With this MoU, ITS will utilise the structures and facilities of NTA-Star, a terrestrial payTV platform, spread across the country, for signal distribution.

“In other words, ITS will henceforth become the signal distributor on the structure of NTA-Star.

“At the moment, NTA-Star has over 70 transmission sites spread across 35 states and the FCT, thereby effectively covering a large portion of this country with their signals.

“We will strive to cover at least 70 per cent of the country with Digital Terrestrial Television (DTT) signal and then deploy Direct To Home (DTH) to provide 30 per cent signal to areas in difficult terrains such as riverine and mountainous areas’’.

Mohammed explained that with the agreement. Startimes decoders would have multiple encryptions, which would enable viewers to enjoy free contents, alongside paid contents.

He assured that the MoU would open the floodgate for channels to be licensed by the National Broadcasting Commission (NBC), thereby creating jobs and enhancing quality television experience,with compelling contents.

According to the minister, the agreement is a game changer in the efforts to complete the DSO before the end of the tenure of President Muhammadu Buhari.

Specifically, he said the agreement would fast-tack DSO rollout and take it to a higher pedestal.

Mohammed said that DSO was a global project, backed by treaties and it was meant to usher in ‘all-digital’ terrestrial broadcast services for sound and television.

He said the DSO aimed at creating a more equitable, just and people-centered information society, by allowing wider choices in TV and radio channels.

He listed other advantages of DSO to include, improved picture, enhanced information services and increased market competition and innovation.

The minister said he had directed the NBC to embark on a massive, nationwide publicity campaign for the DSO project so that Nigerians could better understand the project and buy into it.

Earlier, the Director-General of NBC, Balarabe Ilelah ,said the MoU was a milestone in the delivery of digital broadcasting with potency to boost the economy.

“Efforts to deliver Nigeria to digital broadcasting began since 2006, but we consequently missed three deadlines of 2012, 2015 and 2017 respectively.

“Today, we have found an antidote to our challenge of having a simultaneous national roll out with at least 70 per cent signal penetration and coverage of the Nigeria’s territorial boundaries,’’ he said.

He thanked the minister for his doggedness, tenacity and commitment to a successful delivery of the DSO project.