by Femi Ajasa
in News, Top Story
Reading Time: 1 min read
A A
0 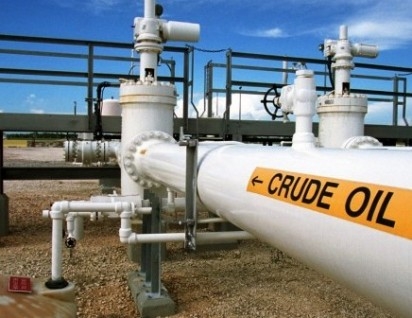 The Federal Government on Tuesday in Abuja projected that the nation’s crude oil production would increase.

The Group Managing Director of the NNPC, Dr Maikanti Baru, gave the projection in a keynote address on the topic ‘Outlining NNPC’s Commercial Strategy and Priorities’ at the 16th Nigeria Oil and Gas Conference (NOG).‎

He said ‎although the corporation was constrained by the non-passage of the Petroleum Industry Bill now before the National Assembly, NNPC had sharpened commercial strategies to mitigate challenges which would move it from the era of losses into profitable operation.

”This is due to strategic steps taken by the NNPC and her partners to be able to produce from assets that were affected by pipeline vandalism.

”We must also mention that improvement in production is also as a result of successes of recent dialogue held by the Federal Government in the Niger Delta areas.‎

”We are hoping that by the end of Q2, 2017, we should ramp up production above the budget benchmark of 2.2 million barrels per day,” he said.‎

”The resolution of cash call arrears is expected to increase the confidence of JV operations in the system and therefore ginger more investments in new capital projects,” he said.